WTVD
By Joel Brown
RALEIGH (WTVD) -- Four days after a Raleigh teen was shot and killed at a city park, Raleigh police announced a slew of arrests. Two men have been charged with murder; another pair charged with accessory to murder after the fact.

"Me and my roommate heard about six or seven gunshots, just pow, pow, pow, pow," said Joe Peterson. "It sounded like it was really close."

Saturday night's hail of gunfire was way too close for comfort for Peterson. The law student lives 500 feet away from the park on Collegeview Avenue where 18-year-old Irvin Gonzalez-Martinez was shot and killed.

Bloodstained concrete marked the scene Sunday at the park's pavilion where Gonzalez' friend, Daniel Pittman, was shot and wounded. Another friend ran away unharmed.

However, until Wednesday afternoon, no one had been arrested.

Nearby residents were relieved to hear police had suspects in custody.

"I don't want to use the word happy because it doesn't seem like the right word but I'm happy for the families that they would probably be able to see some justice in this case because I can't imagine losing somebody that young," said Peterson.

Raleigh police issued arrest warrants for 20-year-old Louis Mondragon and 22-year-old Enrique Valenzuela. Both men were charged with murder. Police are not revealing the suspected motive behind the shooting that cops say was not random.

Later Wednesday, two additional people were arrested and charged with accessory to murder after the fact.

Even with the circumstances of the crime still unknown, the arrests were welcome news for longtime residents like David Wilson.

"I'm awful glad they got him. They should lock those people up forever," Wilson said. "To treat somebody like that, just took somebody's life; what about their family?"

Anyone with information that might assist the investigation of the incident is asked to call Raleigh CrimeStoppers at (919) 834-HELP or visit www.raleighcrimestoppers.org for text and email reporting options. CrimeStoppers pays cash rewards for anonymous tips that help solve cases. 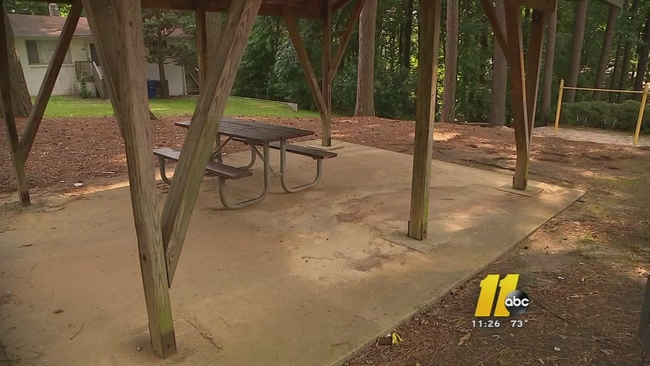