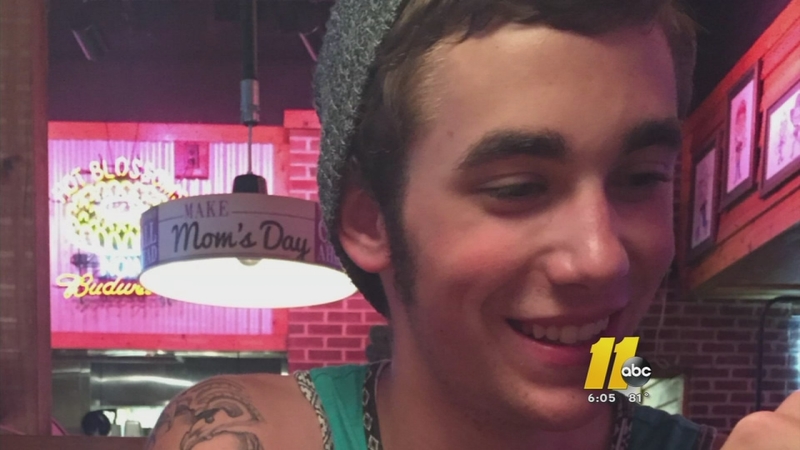 The incident started around 8:30 p.m. when Raleigh police requested assistance from Wake Forest police after receiving a call about a stolen firearm and a suspect allegedly discharging the weapon.

Initial information led officers to the 300 block of Stone Monument Drive. When officers arrived, they encountered 18-year-old David William Johnson of Wake Forest who immediately fled the scene in a vehicle. Witnesses told officers Johnson was armed with a gun.

The officers then followed Johnson, who ended up crashing his car just before 9:30 p.m. along Grandmark Street, close to The Factory shopping area and the ball fields near the 1800 block of South Main Street.

According to officials, preliminary investigations indicate Johnson exited the vehicle armed with a handgun in plain view.

Authorities said officers D. Cohen and D. Ragland repeatedly told Johnson to drop his weapon, but when Johnson did not, the officers fired their weapons striking Johnson multiple times.

Johnson was taken to WakeMed where he later died. Officials said he was a former student at Wake Forest High School who withdrew earlier this year.

The officers who discharged their weapons, D. Cohen and D. Ragland, have been placed on paid administrative leave which is normal procedure for officer-involved shooting incidents.

Officer Cohen has been a law enforcement officer for three years and has been a member of the Wake Forest Police Department since March 2015.

The community recently rallied around Cohen when he suddenly lost his wife less than a week after moving to the Triangle. Click here to read that story

Officer Ragland has been a law enforcement officer for five years and has been a member of the Wake Forest Police Department since February 2014. Both officers are assigned to the patrol division.

Johnson's roommate, Chris Zeitler, was stunned when he heard the news.

"I would have never guessed it," Zeitler said. "He was a very happy-go-lucky kid. He always tried to find the silver lining in things and that's why, having been his roommate and having talked to him, I don't understand what possessed him or what happened and why he resorted to these actions."

The investigation into the incident is ongoing and additional information will be released as it becomes available. Stay with ABC11 for the latest developments.