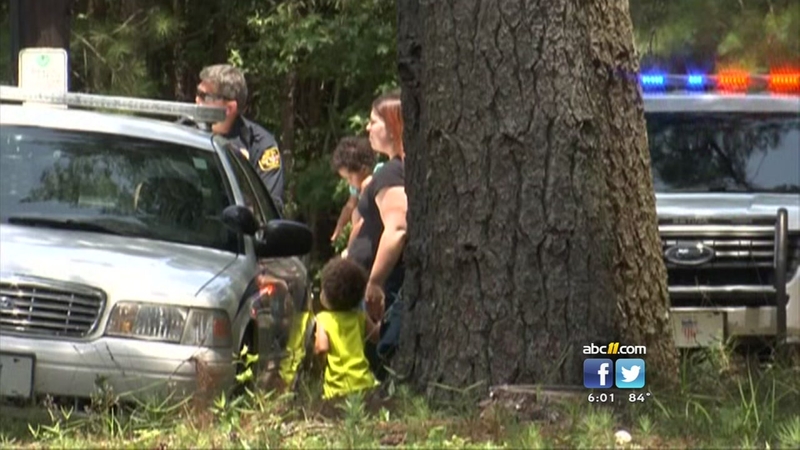 GARNER (WTVD) -- A 14-year-old and a Raleigh man are in custody following a road rage shooting in Garner.

Investigators say the incident started at Lake Benson Park Sunday afternoon and ended near White Deer Park. It was between the driver of a Mazda and the driver of a Ford Expedition. The victims called police.

Garner police say the 14-year-old riding in the Mazda fired a BB gun into the victim's vehicle. Two children were in the backseat of the Expedition.

Investigators say the back windshield was shattered.

No one was seriously injured.

Police have charged Luis Romero with contributing to the delinquency of a minor.

The suspect and juvenile are not related. Police say they are friends.