This Is Hideout Where Gunman Likely Prepared for Attacks 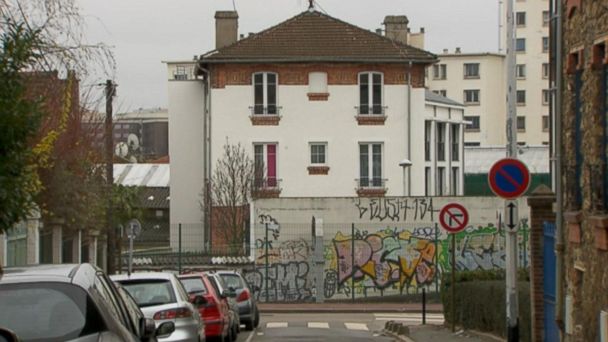 Police have found the hideout where they believe Amedy Coulibaly - the gunman suspected of killing a police officer and then four other people last week in Paris - prepared for his attacks, local authorities told ABC News.

Coulibaly rented an apartment in the Paris suburb a week before the attacks, according to the mayor's office in Gentilly.

Authorities raided that apartment Sunday, according to France's RTL Radio, locating a stash of weapons and ISIS flags.

It's unclear whether the apartment was used to record video purportedly showing Coulibaly's pledging allegiance to the leader of the terror group, saying his killings and a separate massacre at a French magazine are "totally legitimate."

In the undated video uploaded to Twitter by an unidentified jihadi supporter, a man appearing to be the Frenchman addresses the camera with a jihadist-associated flag in the background and an automatic weapon by his side, one of several guns shown in the video, as he says, "I pledge allegiance to the emir of the faithful Abu Bakr Al-Baghdadi," the self-declared head of ISIS.

Coulibaly, speaking mostly in French but at times in halting Arabic, says he, as well as the two brothers who killed 12 people in the Wednesday attack on the French satirical magazine Charlie Hebdo, were "avenging the prophet." He also repeats a claim he made to a French television station Friday that his killing of a police officer and the four others at a kosher market, along with the attack on Charlie Hebdo, were "synchronized."

The seven-minute video splices together several scenes of Coulibaly as he speaks. It also lacks the graphics and other production trappings of an "official" ISIS video, such as the many released by the terror group in recent months.

Coulibaly and the Charlie Hebdo attackers, identified by officials as Cherif and Said Kouachi, were killed Friday in near-simultaneous hostage rescue operations by French authorities, after a tense, sprawling manhunt for the gunmen.

Both Coulibaly and the Kouachis apparently spoke with a French television outlet during their respective standoffs with police. A man who identified himself as Cherif Kouachi reportedly told the station he was working for the al Qaeda affiliate AQAP just before Coulibaly said he was a member of ISIS. Al Qaeda and ISIS are believed to be rival terrorist groups.