Triangle Muslims call for stand against terrorism and hate 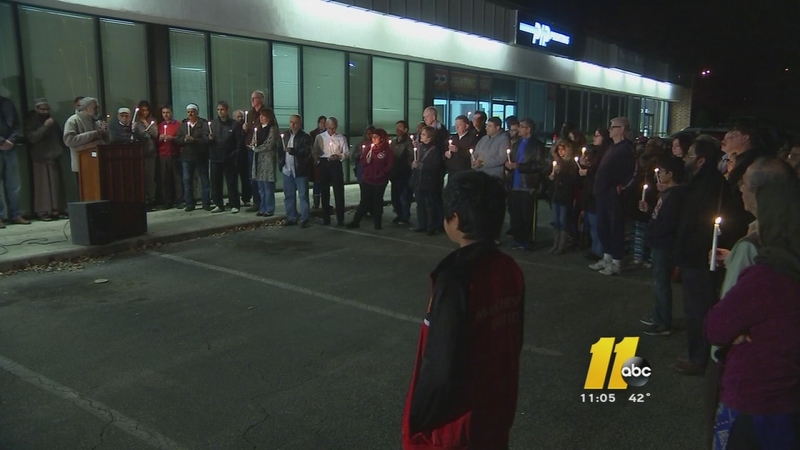 CARY, NC (WTVD) -- The Islamic Association of Cary is calling for people of all faiths to take a stand against hate and terrorism.

The group hosted a candlelight vigil Monday night for the victims of the Paris terror attacks.

One of the most memorable messages of the evening was the talk of 'extremophobia' versus 'Islamophobia'.

'I think it's time we focus on 'extremophobia', we should be worried about all extremists. It's not 'Islamophobia', said Shakail Ahmed, President of the Cary Masjid, "it is about 'extremophobia' and we are missing that point that no matter who the extremist is we should all together speak against them."

"I believe there are 99% of people, no matter which faith they are, they're wonderful, peace loving people and they don't have hatred in them and yet this less than 1% of people from different faiths have taken over and we've got to speak louder we just can't be silent when something like that happens," said Ahmed.