Troopers identify the 4 killed in I-95 crash 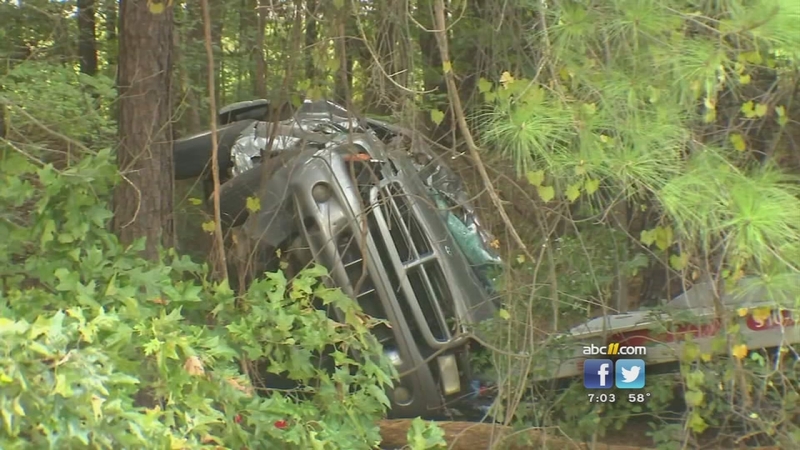 Our first look from Chopper 11 HD of the fatal accident in Cumberland Co. that killed 4: http://t.co/V5hKtxpDO1 pic.twitter.com/RnlDvWhmns

Pictures from the scene showed the Dodge Durango ran off the highway and into a wooded area full of trees around 2:30 p.m.

Troopers said there were seven people in the SUV from South Carolina who were headed to a family reunion in a convoy of vehicles.

Deangelo Washington, 15, Rejerra Reddish, 4, and Faye Cushman, 7, were all seriously injured. They were taken to Cape Fear Valley Medical Center.

Washington was listed in serious condition as of Saturday morning. Rejerra Reddish and Cushman were both said to have non-life threatening injuries.

The cause of the crash was under investigation. It happened right where the on-ramp from Highway 87 merges with the interstate.

"You've got four confirmed fatalities involved and all of them are part of a family. It's very difficult especially when you have new troopers who have never experienced anything like this before," explained Sgt. Charlene Cotton with the North Carolina Highway Patrol.

Interstate 95 northbound was shut down while troopers investigated. Traffic was backed up for miles.

Investigators are requesting any witnesses to the collision please contact the Highway Patrol at 1-800-334-7411 as the collision is still under investigation.