Motorcyclist killed in crash on U.S. 70 in Wayne County 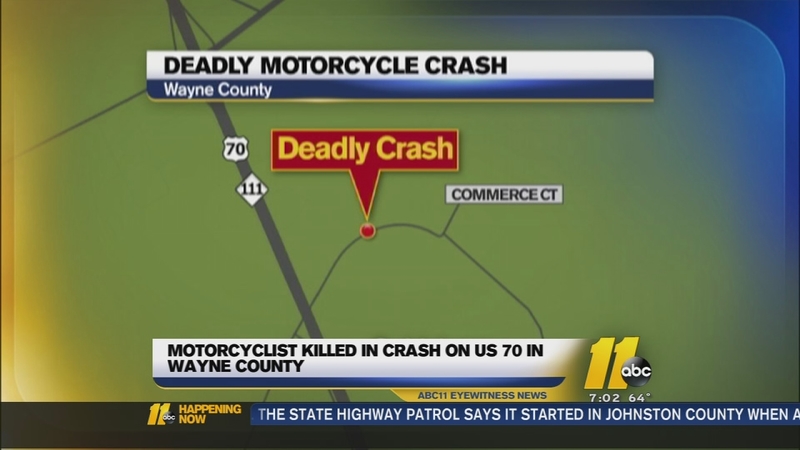 GOLDSBORO, N.C. (WTVD) -- Troopers say a motorcyclist is dead after crashing on U.S. 70 in Wayne County - east of Goldsboro.

The North Carolina Highway Patrol said it started in Johnston County when a trooper tried to pull over 34-year-old Ahmad Sharrieff for speeding.

Investigators say Sharrieff went into the median and slammed into a highway sign.