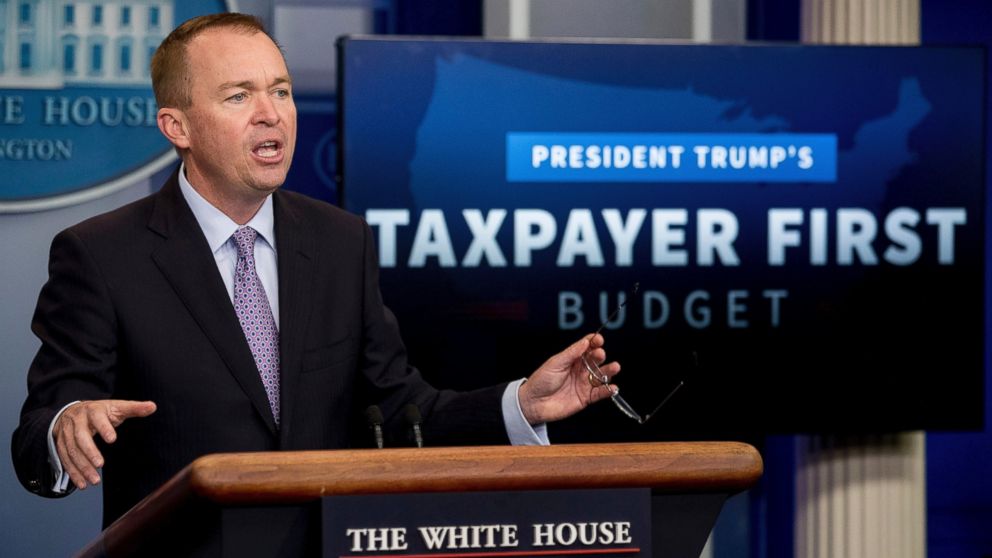 The budget released by the White House today contains proposed changes for the program that provides access to food for Americans who otherwise might not be able to afford it.

And anti-hunger advocates aren't pleased. Lucy Melcher, associate director for advocacy with the anti-hunger group No Kid Hungry, argues that the proposed cuts are "devastating" to a program that research shows lifts people out of poverty.

The Supplemental Nutrition Assistance Program, more commonly known as food stamps or SNAP, is the "hunger safety net" for Americans in poverty or out of work. Americans who make up to 130 percent of the poverty level, which is a monthly income of $2,600 for a family of four, are eligible for food stamps.

More than 44 million Americans participated in the food stamp program in 2016, according to the USDA. The number of people using the program increased during the economic recession and have fluctuated since 2010.

The decreased proposal in Trump's budget is based on their estimate that fewer people will be on food stamps next year, but it also includes reforms that estimate it would reduce funding for SNAP by $190 million over the next ten years.

That much bigger cut is proposed under legislation that the administration plans to bring to Congress. The changes would tighten requirements for waivers that allow people who are considered capable of working but can't find a job to stay on the program.

More than 75 percent of households who participate in SNAP have worked a job in the year before or after the receive benefits, according to the USDA. They are limited to three months of benefits unless they get a waiver from the state, such as if they live in an area where there are not enough jobs available. The administration was not clear on how it's proposal would restrict these waivers but it could mean that people who are capable of working but can't find a job have a harder time qualifying for benefits.

"If you're paying for it isn't it reasonable for you to at least ask that question aren't there people on that program who shouldn't be on there?" Mulvaney asked during a briefing with reporters on Tuesday.

"You are instead pulling the rug out from people and leaving them with no safety net to provide for their most basic needs," Melcher said.

The White House also proposed cuts to the Meals on Wheels program operated through the Department of Health and Human Services in its earlier budget proposal, which led to backlash and a surge in donations to the program.

That legislative proposal also proposes that states cover up to 25 percent of the cost of SNAP programs over the next 10 years, which would ultimately cut about $190 million from the program.

Acting Deputy Secretary Michael Young said he did not know if USDA had reached out to states for input on whether they could take on more of the cost of providing food stamps.

Some states that supported Trump in the election had the highest percentages of their populations receiving SNAP benefits in the 2016 fiscal year, according to data from the Center on Budget and Policy Priorities, including Louisiana, West Virginia and Mississippi.

Of the 26 states, plus Washington, D.C., whose populations receive SNAP benefits at a rate higher than the national average, 18 chose Trump over Democratic nominee Hillary Clinton.

USDA Sec. Sonny Perdue said just last week that he did not think the administration planned any changes to the SNAP program.

"As far as I'm concerned we have no proposed changes, you don't try to fix things that aren't broken and when the motto is 'do right and feed everyone,' I view that as very, very inclusive," Perdue said in a hearing with the House Agriculture Committee last week.

Michael Young said much of the budget was put together before Perdue was confirmed on on April 24.

Members of Congress have emphasized that the president's budget is just a starting off point and rarely passes as is. Melcher said No Kid hungry will be working with members of Congress to restore funding for food stamps.

"We plan to work closely with congress to make sure cuts of this level never see the light of day," she said.