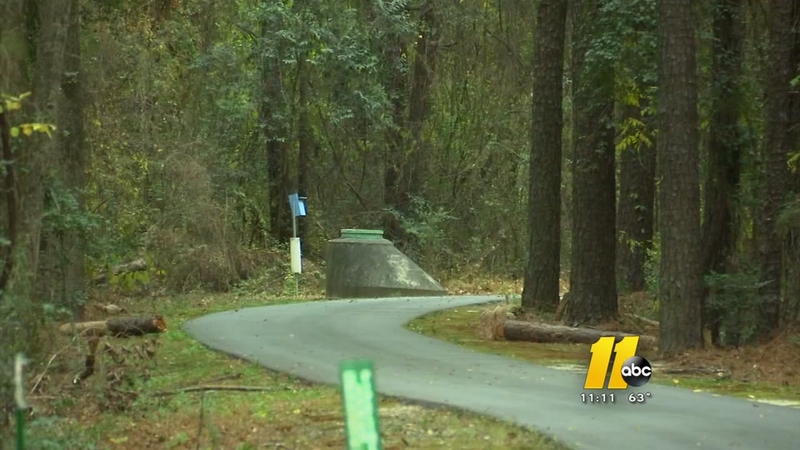 FAYETTEVILLE (WTVD) -- Police are still trying to track down a rapist in the sexual assault of a woman in Linear Park earlier this month.

The Linear Park trail winds through woods and downtown neighborhoods. The section where the attack happened is just off Grove Street near the dog park.

Police haven't caught this rapist yet, and until they do, a lot of people say they'll walk somewhere else.

"It makes me angry, 'cause now I can't walk the trail," said Brittney Day, who likes to walk her dog there.

"You see a lot of people on the trail, that you don't see coming, so they are right beside you and even then it makes you incredibly nervous," Day added.

Police said that earlier this month, a woman walking by herself along a section of the trial was raped.

"She was out there alone, she was by herself," said Lt. Todd Joyce of the Fayetteville Police Department. "The suspect, he began walking the trail and attacked her, raped her."

Police says the woman gave officers a general description of her attacker. A male, -mid 30's 6-feet-tall, with a deep voice, a scar on the nose, short hair, and driving a dark, four-door sedan.

There are a lot of pet owners who use this section of the trail, but police warn that pets aren't always good protection.

Police offer some tips and precautions:

Walk with another person

Be aware of surroundings

No walking after dark 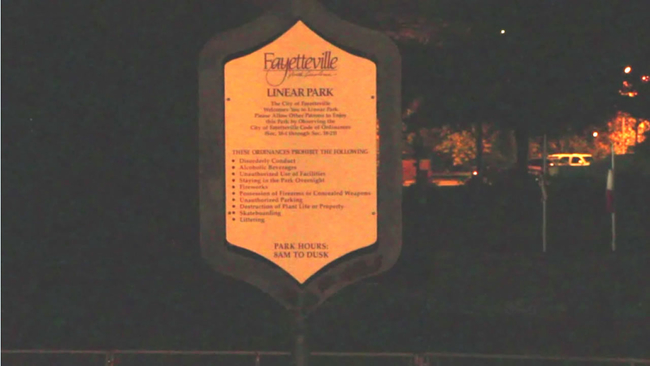