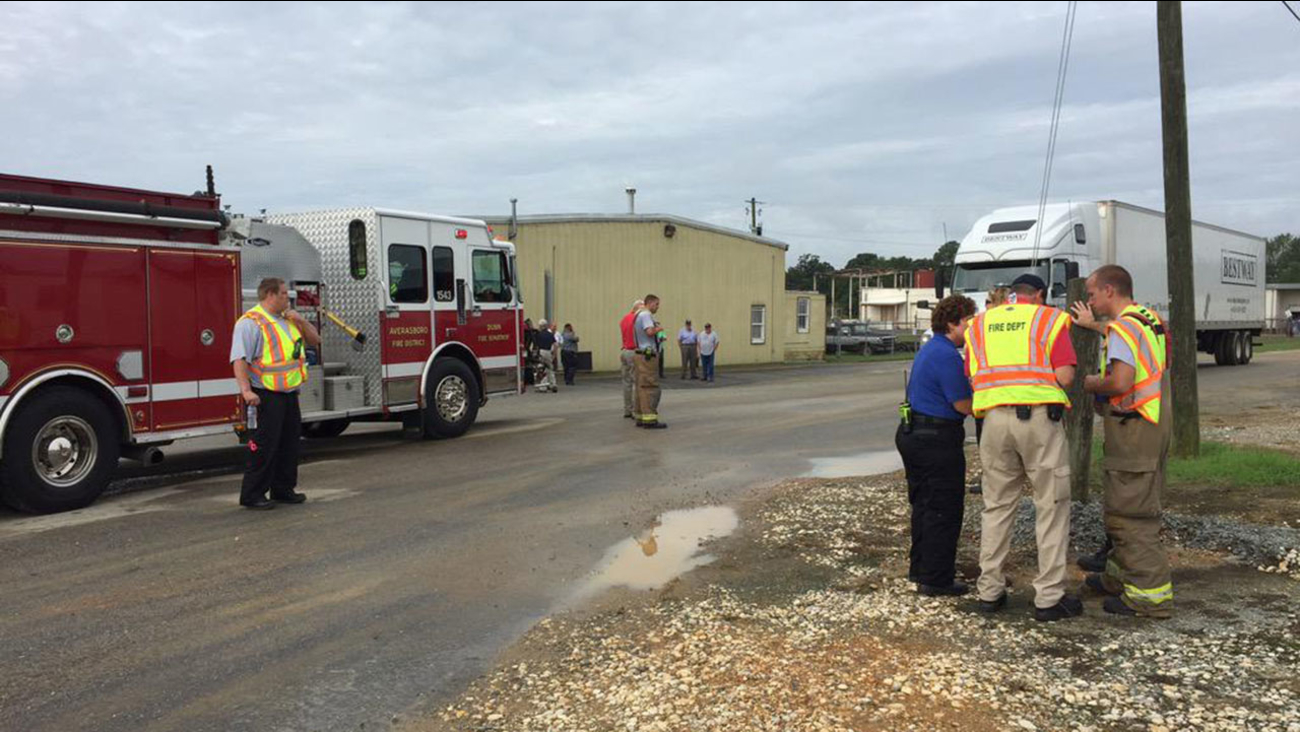 WTVD
DUNN (WTVD) -- First responders were called to the Brainerd Chemical in Dunn Wednesday morning after a vapor leak was reported.

Brainerd's president happened to be in town this week from the company's headquarters in Tulsa and told ABC11 that a two-man crew was unloading a bulk tanker truck of Hydrochloric Acid into a stationary tank when the air created by the pumping started to escape through a malfunctioning gasket on the top of the stationary tank.

Neil Morgan said the crew didn't notice it at first and operations continued for about 30 minutes before they realized a vapor cloud had formed.

At that point everything came to a halt, and first responders evacuated neighboring businesses around 9:30 a.m. as a precautionary measure.

Dunn Police also blocked off traffic along Hwy 301 at S. Clinton Ave. due to the fumes.

While Hydrochloric Acid could cause someone's eyes to start burning, or irritate the throat, officials said no one was injured.

ABC11 asked Morgan to explain how severe of a threat it was on a scale of 1 to 10.

"I'd put it 1 to 2, but I don't want to belittle the fact or give the impression that Brainerd is not concerned - we are," Morgan said. "You know anytime there's an issue we're concerned like I said we take safety and the local community very serious."

Brainerd Chemical Pres. in town this week from Tulsa headquarters:We are always concerned for the public @ABC11_WTVD pic.twitter.com/brfp9jZMqI

Morgan added that they are working to replace that broken gasket on the tank, and there is no concern about any further release.

Firefighters at the scene said there was no threat to the public after the vapor cloud moved to the north and dissipated.

The state division of air quality also checked in, and gave the facility the all clear.