UNION SQUARE, Manhattan -- Dramatic video shows a daring rescue in a New York City subway station after a man fell onto the tracks moments before a train arrived.

It happened at the L train's Third Avenue Station in Manhattan Saturday night.

Jonathan Kulig was on his way to work at Con Edison when he saw someone fall onto the tracks.

Kulig jumped down from the platform to help the man, who was lying down in the middle of the tracks.

The Good Samaritan lifted the man up as others came over to help, just as the overhead announcement said the next train was arriving. They walked him over to a nearby bench and waited for emergency crews to arrive.

Less than 60 seconds later, the train raced into the station.

Watch the raw video showing a Good Samaritan rescue another man who fell on the subway tracks in Manhattan. (Video/Parker Van Degraas)

"The one thing I can completely say that I'm pretty confident about is that you if I didn't pick him up, that train would have gotten him," Kulig said.

He said he'd do it again in a heartbeat.

There's no word what caused the man to fall onto the tracks. EMTs transported him to the hospital. 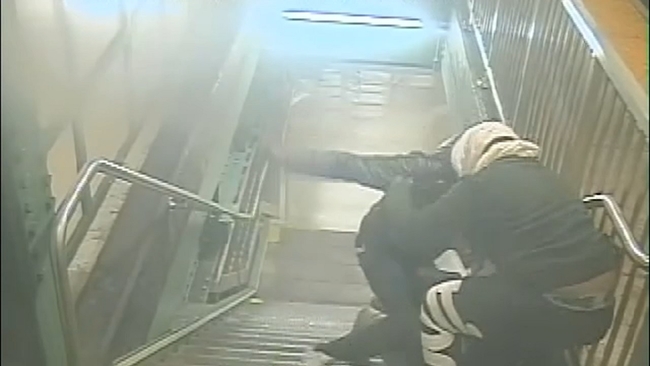 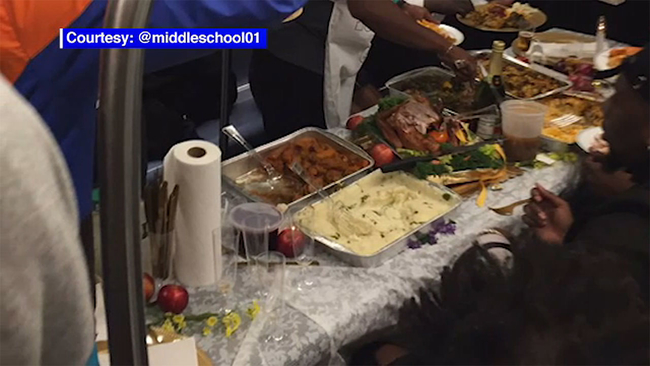