Video shows scene of shootout in Waco that left 9 dead 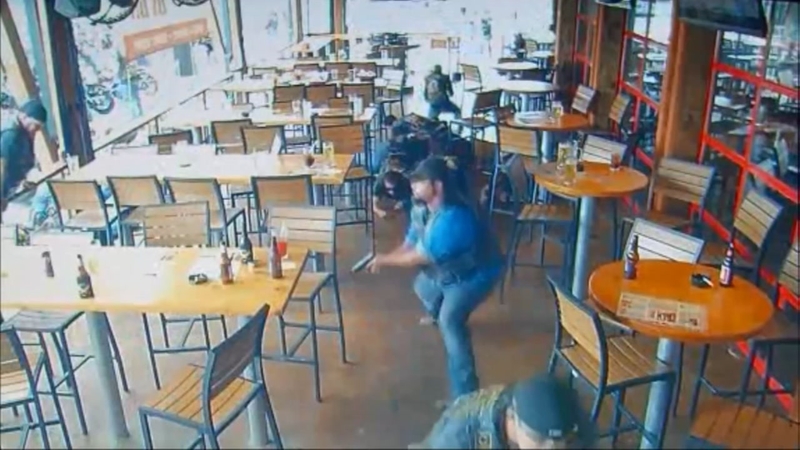 Video of biker shootout in Waco

WACO, TX -- Nine people were killed in a shooting outside a Waco restaurant earlier this year and we're now getting our first look at surveillance video.

**WARNING: Some people may find video on this page disturbing. Full video below**

It happened last May outside a Twin Peaks restaurant and involved the Cossack and Bandido motorcycle clubs. Video shows what inside the restaurant before, during and after the fight and shooting outside.

When it was over, 9 people were dead and 177 arrested.

"The whole incident probably didn't last more than 90 seconds," said John Wilson, president of the Waco chapter of the Cossacks motorcycle club. "it seemed like an hour. When you are laying there and people are getting shot around you and bullets are whizzing by you."

There were hundreds of weapons on scene, some even left in the restaurant bathrooms.

"I think you can see by the number of weapons that we have recovered from here today, they didn't come here to eat and have a good time with their family," said Patrick Swanton with the Waco Police Department back in May.

McLennan County prosecutors have not charged anyone for the nine shooting deaths.

Most of those arrested in May were charged with engaging in organized criminal activity.