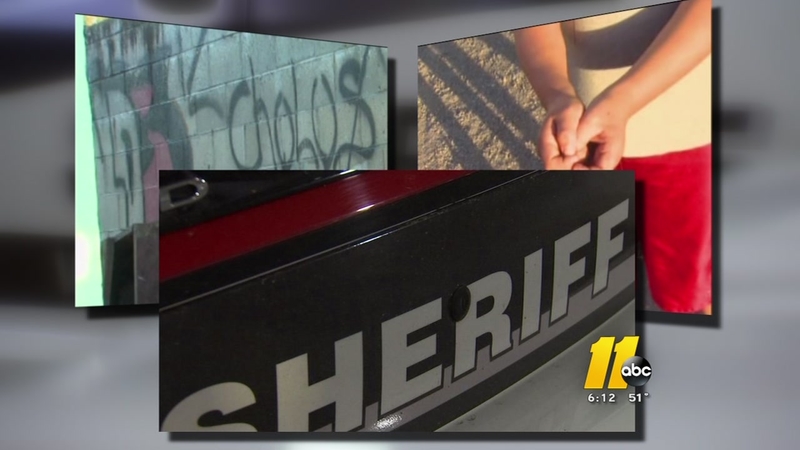 RALEIGH (WTVD) -- It's unclear whether President-elect Donald Trump may be softening his position on immigration, but he now says he won't start with mass deportations of undocumented workers.

Instead, he will focus on undocumented gang leaders and drug dealers.

So how will he find those criminals? Likely by looking to local law enforcement for information.

Anytime someone is booked into the Wake County Jail who is not a U.S. citizen, they are subject to being held under an immigration detainer called a 287(g).

Many have been deported as a result.

But not every undocumented immigrant who has been identified as a criminal is facing charges.

As law enforcement continues to use tagging, gang symbols, and tips to identify leaders and drug dealers, sometimes they still don't have probable cause to arrest them.

But under the Trump Administration, it may just take a call to Immigration and Customs Enforcement, or ICE.

But at El Pueblo, advocates for Latino immigrants said that approach has a chilling effect.

"It makes people feel less safe," said Angeline Echeverria of El Pueblo. "It makes community members feel less likely that they would be comfortable coming forward and reporting crime. And it undermines the local law enforcement's duties of protecting and serving all residents of our communities."

"The hard-working people that come here to work for a living and look after their family, we want to help them," Harrison said. "We want to protect them just as much as anybody else."

And if Trump calls the Wake Sheriff's Office for intel, he'll get it.