WTVD
By Ed Crump
FUQUAY-VARINA, N.C. (WTVD) -- A local father is asking for charges to be brought against his child's day care, after his son's face was reportedly scrubbed raw.

Dramatic images of his son's red, sore face are now being used as evidence in a police investigation.

Luna said Agustin and his little brother drew on each other with magic markers the night before.

"I washed them at home, it don't come off," Luna explained. "I couldn't take the marker off their skin."

When he dropped the boys off at day care on Friday morning, Luna said he told the teacher what happened. He never expected the teacher would try to scrub the marker off his son's face.

Luna shared pictures with ABC11 of what Agustin looked like when Luna picked him up Friday evening. 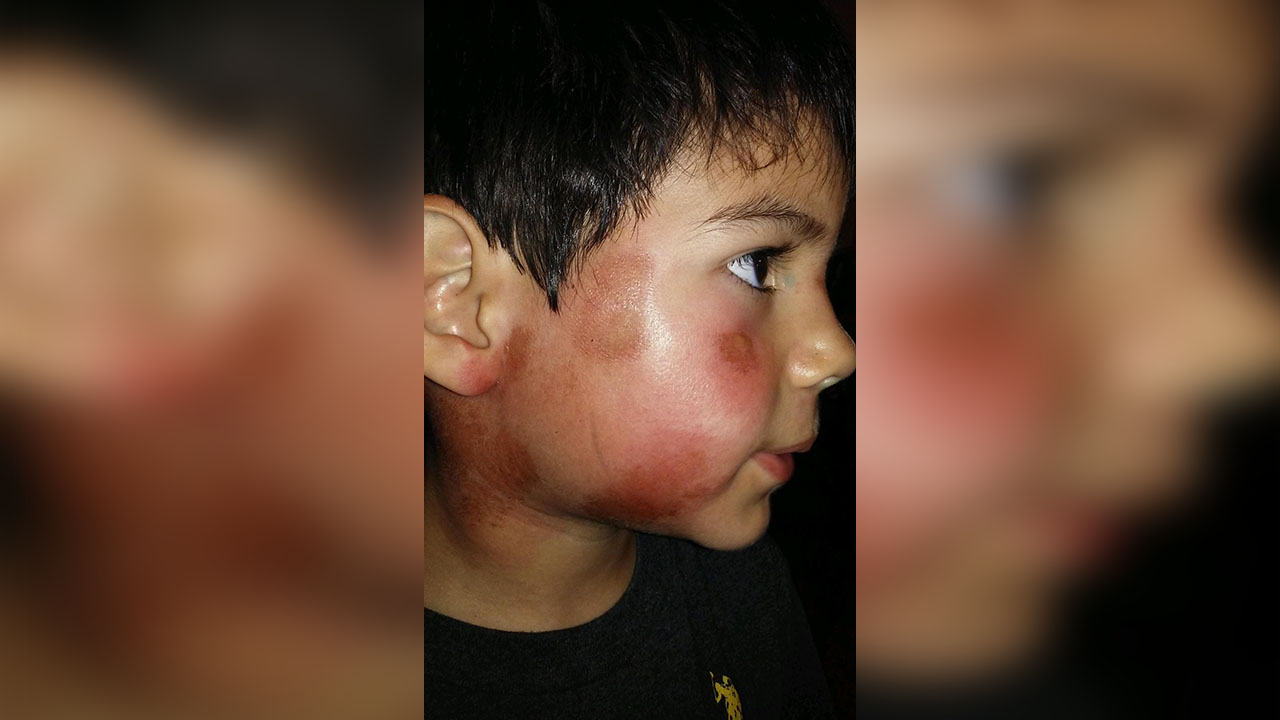 Luna took Agustin to the hospital, filed a police report, and called an attorney. Agustin told his father the teacher scrubbed his face with a brush and soap and wouldn't stop even when he cried.

Luna said Agustin's face looked much worse the next day. That's when he got a call from the teacher who said she would never intentionally hurt his son. 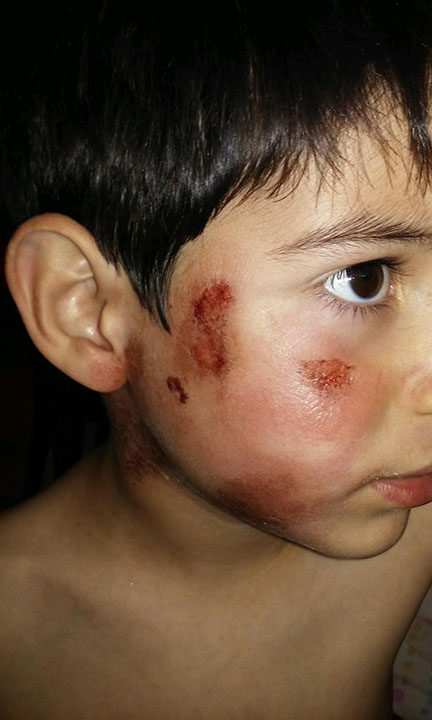 "She was crying, apologizing to me," Luna shared. "She said, 'Mr. Luna, forgive me. Forgive me.'"

Despite the apology, Luna thinks the injury was intentional. He said just looking at his son's face makes him emotional.

The owners of the school told ABC11 at this point, they will only say they are convinced the teacher was only trying to help, not hurt the boy.