WTVD
By Ed Crump
RALEIGH, North Carolina (WTVD) -- The man in charge of one of the largest programs in the state for handing out permits to conceal and carry a handgun says he is not in favor of bill to do away with that process.

House Bill 69 is sponsored by prominent members of the Republican majority in the state legislature and gun advocates think the climate is right to pass it and repeal the requirement for conceal and carry permits.

But the Republican sheriff of Wake County, who also considers himself a gun advocate, says he won't support it.

Donnie Harrison told ABC 11 on Friday, "I do have concerns about just handing out and you can carry a concealed weapon. That bothers me."

Harrison grew up with guns and was even wounded by one during a struggle with a suspect when he was a state trooper.

But he questions allowing people to simply purchase a handgun, slide it in their pocket, and walk down the street.

"Give a person a gun who doesn't know how to operate one?" Harrison asked.

"There's a lot of people out here that don't have a clue what a gun is but if they can get it easily they're going to jump on it. So I do have a concern," the sheriff added.

The classes that sheriff's departments across the state currently operate for those who want to conceal and carry are very valuable, Harrison said.

Proponents of repealing the requirement for a conceal/carry permit point out that those buying a handgun will still be required to get a purchase permit from their local sheriff and the dealer who sells them the gun will still have to do a background check.

Harrison says, however, the background check for a conceal/carry permit is more extensive than the one required to purchase a pistol.

And that, he said he believes, poses problems for law enforcement officers and the public.

As an advocate for gun ownership, Harrison isn't happy about opposing a pro-gun law but he said safety is a much bigger issue both for the gun owner and the public.

"Being a person who's in favor of the Second Amendment it's hard for me to make some of those decisions but, then again, I've got to look after the safety of that person and others," Harrison said. 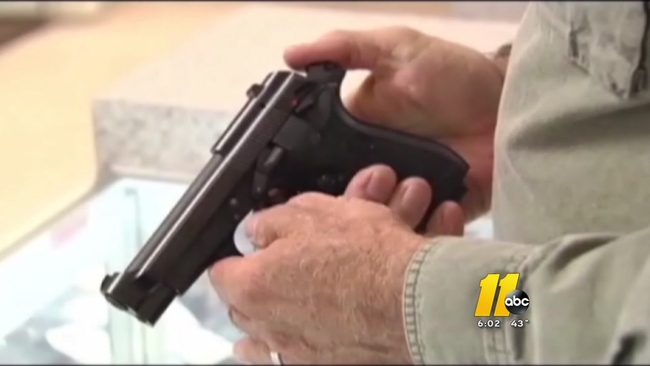