What cuts to Driver's Education classes means for you

WTVD
RALEIGH (WTVD) -- Wake County has been forced to put the brakes on its Driver's Ed program, at least for now. That's because state legislators have been unable to agree on a budget that would determine how much money schools will get.

Because the state's temporary spending plan didn't include any funding for driver education, Wake County had to cough up $500,000 just to keep it running since July 1. Now the district says it would cost an additional $250,000 a month.

Without the funds to do that, the district is suspending classes for new students.

The way it stands now, students who already started the driving portion of their Driver's Education classes before August 21 can finish. But there are more than 3,000 students at Jordan Driving School alone who are in limbo, stuck on a waiting list after starting the classroom portion of the course.

Jordan Driving School is the main company that contracts with both Wake and Mecklenburg County Schools.

Lorraine Jordan is the owner and she said without those major contracts she'll likely have to become a private company, charging parents directly.

"Our phone is ringing off the hook right now with people wanting to know, 'What's going on? What's going to happen? Can they pay for it? How much is it?'" Jordan explained. "And most of the time they say, 'Well we really can't afford that,'"

The bottom line for parents is paying for private driving lessons as opposed to enrolling students through school-sponsored programs could cause costs to rise from $65 to as much as $400 in some counties.

Jordan expects her business will be cut by 80 percent, leading to layoffs. Fearing the writing on the wall, some of her employees are already looking elsewhere.

"I've had four who have already resigned and I told them, 'I hate to lose you, you're great teachers,' but that's what's going to happen," she said. She fears if some of these teachers or support staff go out of state it could be hard to replace them.

Past that, Jordan warns the lack of affordable Driver's Ed could have an impact on safety for people across the state

"I'm concerned about everyone who's on the highway because I ride with some of the students and I just don't think we want to let them loose without any training (and) professional training at that," she cautioned.

With more inexperienced teens on the road, she predicted more accidents, leading to higher insurance premiums.

Of course, she and many parents claimed this could be avoided if the state would provide adequate funding for drivers education. But, the final budget is currently being debated by lawmakers.

Families in Wake County were told they will be notified about the future of the program once a final budget is approved and funding levels are set for the program. 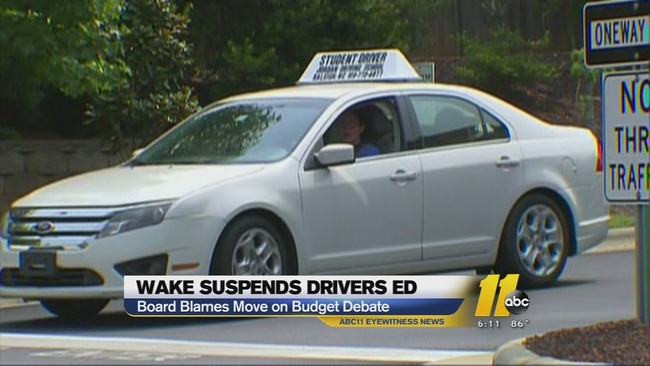 With driver's ed halted, DOT urges caution on the road 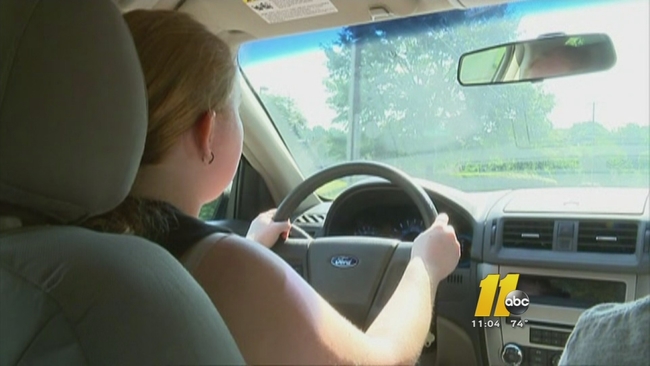