"And I'm pleased to report as of just a few minutes ago, we got a message from the White House," he said.

He and the other 29 governor's calling on the Obama administration to stop sending Syrian refugees to the states would have their concerns addressed in a conference call with White House officials.

"We have reports that ISIS is trying to infiltrate the refugee community and so we have legitimate concerns," said McCrory.

But McCrory's press office has provided no detail on whether the 90-minute White House conference call has eased the governor's concerns. He'd complained the state is given no information on who the refugees are or where they're living - leaving the state to track down refugees through the records of non-profit agencies contracted by the government.

McCrory is not alone in his concerns. Republicans in Washington urged an immediate closure of America's borders to Syrian refugees Tuesday, drawing angry denunciations from President Barack Obama and other Democrats and igniting an emotional debate about U.S. values in the wake of the deadly Paris terror attacks.

"Pause" was the word used by both new House Speaker Paul Ryan of Wisconsin and Senate Majority Leader Mitch McConnell of Kentucky, urging at least a temporary halt in the resettlement of Syrians and disputing Obama administration claims that the small numbers making their way here so far are being thoroughly investigated.

Obama, speaking Wednesday morning in the Philippines, deemed their words offensive and insisted, "It needs to stop."

"Apparently they're scared of widows and orphans coming into the United States of America," Obama said.

The administration showed no sign of backing off its plans to bring an additional 10,000 Syrian refugees to the U.S. and mounted a hasty defense of its vetting process, which Attorney General Loretta Lynch assured Congress is "robust."

Homeland Security Secretary Jeh Johnson, who briefed House members Tuesday night, said, "It's important to me that the vetting that is conducted is thorough, it's careful."

Yet there were signs that Democratic allies might abandon the White House on the issue. Chuck Schumer of New York, the third-ranking Senate Democrat, broke with most in his party and told reporters that a pause in accepting Syrian refugees "may be necessary."

Schumer's comment underscored what could become an increasingly uncomfortable position for Democrats as worried voters seek assurances that Friday's carnage in the streets of Paris will not be repeated here. Some lawmakers pointed to indications that one of the Islamic State attackers carried a Syrian passport and may have arrived in France among waves of desperate refugees. Yet Germany's top security official said the passport might have been a fake intended to stoke fears.

Amid the uncertainty, Ryan confronted an unexpected foreign policy test in his third week on the job. Ahead of a classified briefing Tuesday evening for lawmakers he assembled a task force of committee chairmen to bring refugee legislation to the floor as soon as this week.

"The responsible thing is to take a pause in this particular aspect of this refugee program in order to verify that terrorists are not trying to infiltrate the refugee population," he said.

McConnell echoed that call, remarking, "It's pretty clear how the American people feel about this."

After an initial meeting of the House GOP task force Tuesday, aides to Majority Leader Kevin McCarthy said the focus of legislation would be on stopping Syrian refugee resettlement until the administration can offer assurances that no terrorists are being admitted, including via FBI background investigations. Senate Minority Leader Harry Reid, D-Nev., said the vetting process should be made stronger if possible and the White House was looking at how to do so.

On the campaign trail, GOP presidential candidates denounced the Obama administration's strategy against the Islamic State group that has claimed responsibility for the Paris attacks.

Donald Trump accused the administration of sending refugees primarily to Republican-led states, and more governors announced their objections to receiving any refugees from the civil war in Syria. Those governors included at least one Democrat, Maggie Hassan of New Hampshire, who is running for the Senate.

Jeb Bush endorsed the idea of a pause in accepting Syrians while officials determine how best to evaluate them. He said that refugees "don't normally come with embedded terrorists in their midst, and that's the challenge."

In Durham, a group that has helped to settle nearly 60 displaced Syrians in North Carolina said security measures are already in place.

"Refugees are by far the most carefully vetted group of people to enter the United States," said Ellen Andrews with Durham's nonprofit Church World Service.

Andrews said refugees are subject to a complex screening process and if approved emerge fully-registered immigrants with Social Security cards and state IDs with documentation for the government to keep record of.

"It's a security check procedure that often takes people 2 years," she said.

The backlash against taking in Syrian refugees has risen up just a few months after a photo of a small boy lying lifeless on a beach sparked calls of compassion for Syrians facing brutality in their home country. Some Democrats and refugee advocates likened the GOP reaction to the U.S. government turning away Jews fleeing Nazi Germany and placing Japanese in internment camps during World War II.

The emotions were also reminiscent of the waves of fears that followed the Sept. 11, 2001, terror attacks, and they emerged with immigration already a fraught issue on Capitol Hill and in the presidential campaign.

"Let us, as legislators rise above petty politics, rise above sectarian fears, rise above the underlying layer of xenophobia that often surfaces in this country at moments like this throughout our history," Democratic Rep. Luis Gutierrez of Illinois urged on the House floor. "And let us maintain America's commitment to being a beacon of hope."

Yet few Democrats were so outspoken, and even Republicans sympathetic to their view said they saw a need to act.

"Even amongst the most pro-immigration wings of the Republican Party there is a sense that national security absolutely has to come first," said Republican Rep. Mick Mulvaney of South Carolina.

Obama argued that the U.S. doesn't make good decisions "based on hysteria" or exaggerated risk. "We are not well served when in response to a terrorist attack we descend into fear and panic," he said.

The U.S. has admitted roughly 2,500 Syrians since the civil war erupted in that country in the spring of 2011, State Department officials said. Of that number, about half are children. About 2 percent are single men of combat age. The overall pool is almost evenly split between males and females.

Officials emphasized that screening for Syrian refugees is the most rigorous for any set of travelers wishing to enter the United States, including an interview overseas, biometrics, fingerprinting and biographical investigations to determine if individuals are truly worthy of refugee status or if they pose security risks.

The current acceptance rate for Syrians is around 50 percent. The others include denials and cases pending further investigation.

Such assurances did little to move GOP lawmakers. McConnell pointed to a case in his home state of Kentucky where two Iraqis who had been granted refugee status were arrested on federal terrorism charges. 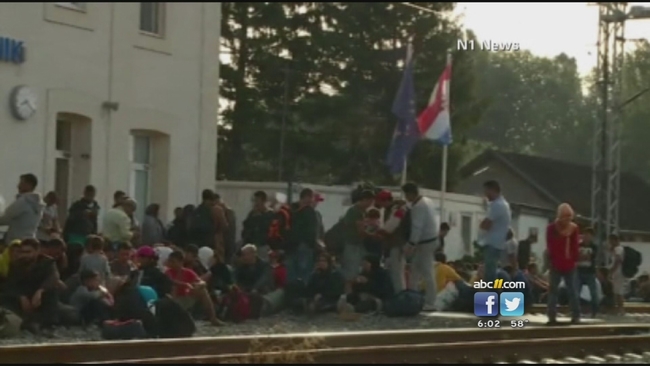 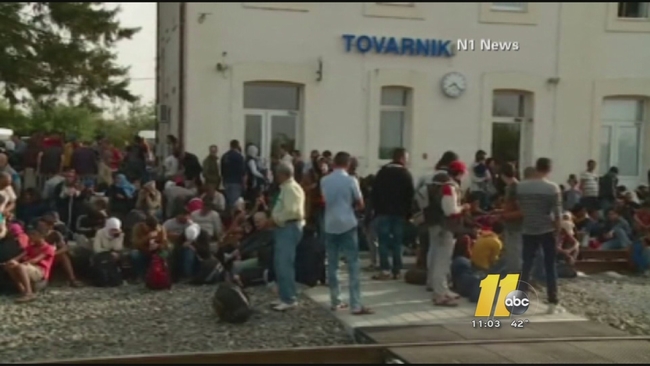