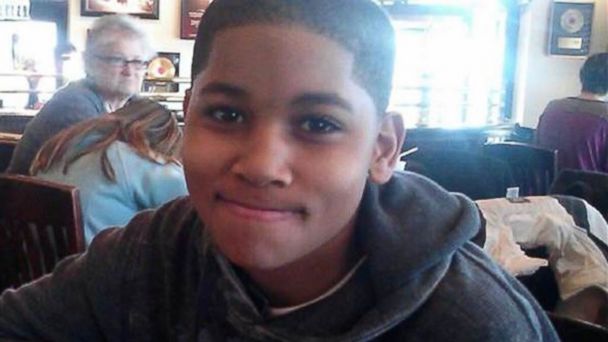 CLEVELAND -- A grand jury declined to indict a white rookie police officer in the killing of 12-year-old Tamir Rice, a black youngster who was shot to death while carrying what turned out to be a pellet gun, a prosecutor said Monday.

Cuyahoga County prosecutor Tim McGinty said it was "indisputable" that the boy was drawing the weapon from his waistband when he was gunned down - either to hand it over to police or to show them that it wasn't a real firearm. But McGinty said there was no way for the officers on the scene to know that.

He called it "a perfect storm of human error" but said no crime was committed.

Tamir was gunned down by patrolman Timothy Loehmann within two seconds of a police cruiser skidding to a stop near the boy outside a city recreation center in November 2014. Loehmann and his training partner, Frank Garmback had responded to a 911 call about a man waving a gun.

Tamir was carrying a borrowed airsoft gun that looked like a real gun but shot nonlethal plastic pellets. It was missing its telltale orange tip.

A video of the shooting captured by a surveillance camera provoked outrage nationally, and together with other killings of black people by police in places such as Ferguson, Missouri, and New York City, it helped fuel the Black Lives Matter movement.

The grand jury had been hearing evidence and testimony since mid-October.