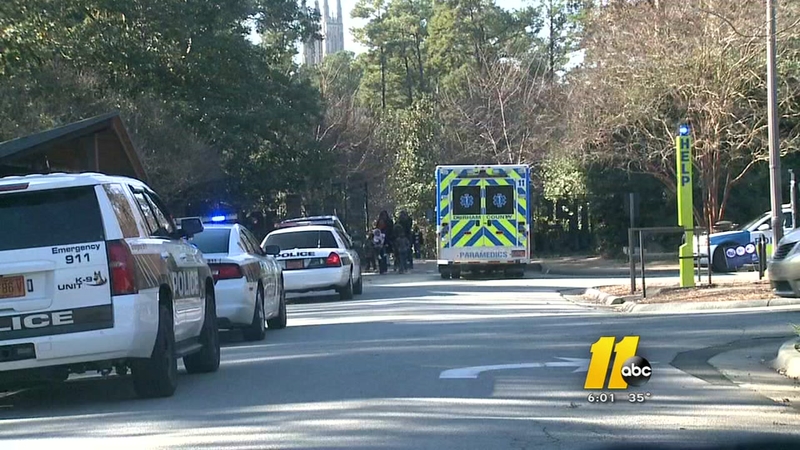 DURHAM (WTVD) -- A woman was attacked with a stun gun and robbed at Sarah P. Duke Gardens in Durham on Saturday, according to Duke University police.

The suspect went up to the woman and threatened her with a knife and then tazed her, according to police.

The suspect took off with her phone. Officials said the victim had a cut on her hands that required stitches.

The suspect is described as standing 6 feet tall with a thin to medium build. He was reportedly in his late 30s, clean-shaven, with short to medium hair. The victim told police the suspect was wearing a black sweatshirt with white lettering on the front and dark blue jeans.

Police said they do not believe he is a student.

University officials say they are not sure if this robbery is connected to a sexual assault that happened near campus on Nov. 30.

Neighbors in the area are rattled after hearing about the attack.

"Just the idea that the places that I go regularly where I generally feel safe walking," said Madeline James. "I wouldn't expect things like this to be happening."

If you have any information related to this incident, please contact the Duke University Police Department at (919) 684-2444.