Woman runs into Hillary Clinton while hiking in Chappaqua 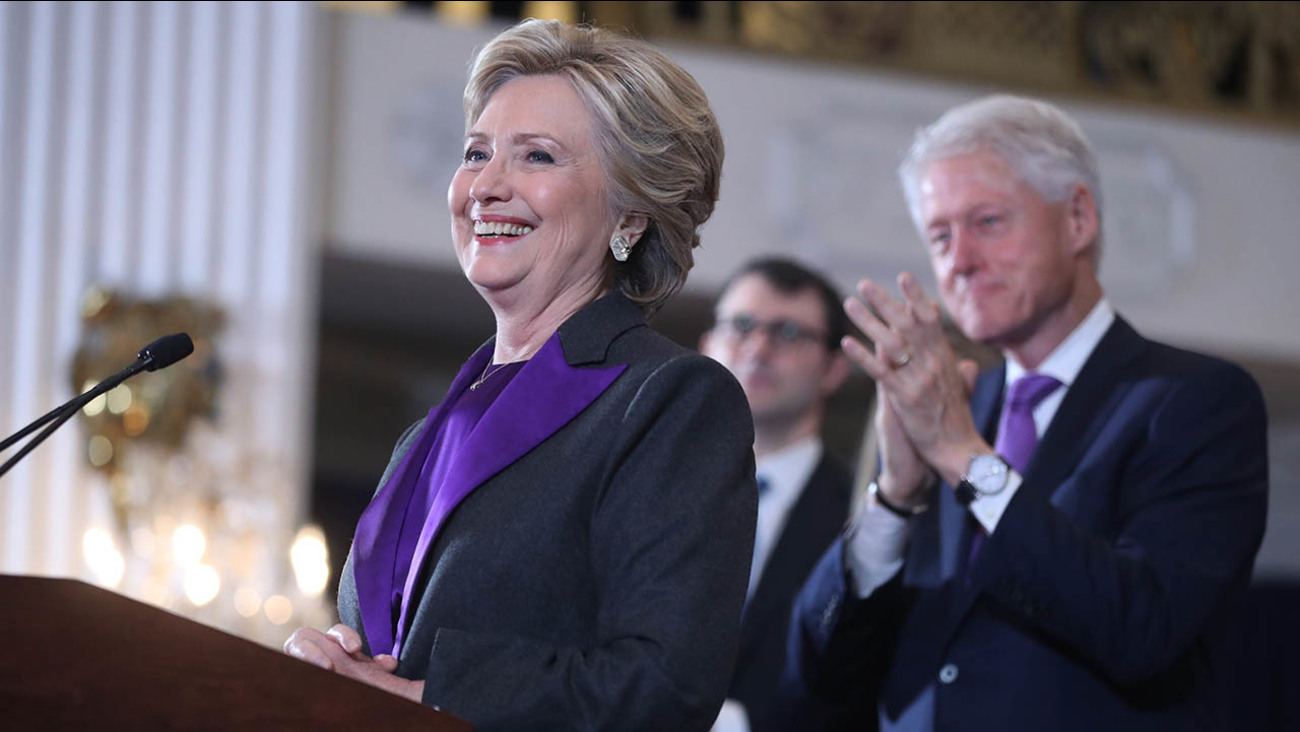 CHAPPAQUA, N.Y. -- Feeling heartbroken about the results of Tuesday's election, Margot Gerster decided to take her daughters for a hike to clear their minds and relax. She didn't know that hike would end with her meeting her presidential candidate, Hillary Clinton.

Gerster posted a photo of her with the former candidate and Secretary of State to Facebook. She said she took her daughters to one of their favorite places in Chappaqua, N.Y., the same town where the Clintons live. After a "beautiful and relaxing" hike, Gerster said they heard some rustling coming their way.

"As I stepped into the clearing, there she was, Hillary Clinton and Bill with their dogs doing the exact same thing I was. I got to hug her and talk to her and tell her that one of my most proudest moments as a mother was taking Phoebe with me to vote for her," Gerster wrote.

On day President-elect Trump met with Pres. Obama, Hillary Clinton spotted on a hike near her home in Chappaqua, NY https://t.co/jgzmjmU2F5 pic.twitter.com/GfIOeL1wz0

Gerster and Clinton exchanged a brief conversation and hugged, and then parted ways. Gerster wrote that the encounter left her feeling better than she had since election night.