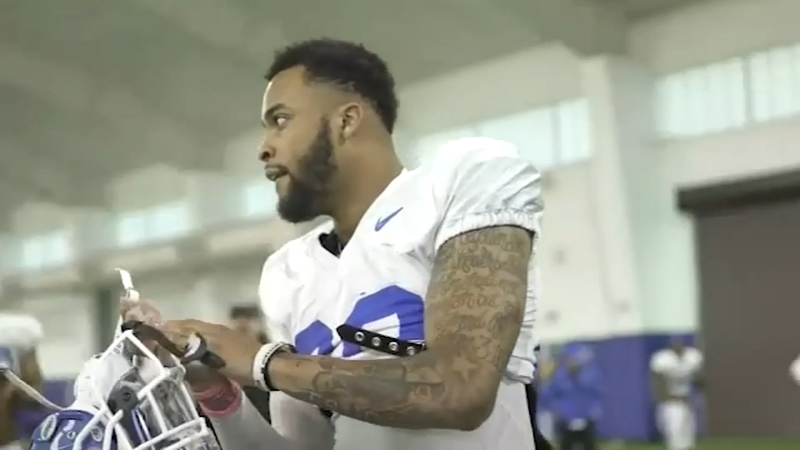 We're less than two weeks away from the NFL Draft and the only thing we know for certain is that Trevor Lawrence will go first overall to the Jacksonville Jaguars.

What we don't know is what will happen with all of the draft sleepers, including Duke cornerback Mark Gilbert who's had to overcome a lot of adversity to get to this point today.

The Fayetteville native is hoping to hear his name called this month at the 2021 NFL Draft.

"I feel real good about the whole process," he said. "I feel that whatever happens will end up with a team. I hope that it's the right fit initially and I can play my entire career with that organization."

Gilbert, who came to Duke in 2016, had a promising first few years with the Blue Devils in 2017 he finished with 15 pass breakups and six interceptions and earned first-team All-ACC honors.

Just two games into the 2018 season Gilbert suffered a season-ending hip injury which kept him out of the 2019 season as well.

Gilbert returned to play in 2020 but, again, just two games in, he suffered another injury -- this time a foot injury. T

he 6-foot 186-pound cornerback decided to opt-out of the season and declare for the draft.

"It was tough," said Gilbert. "I think that would be tough for anybody to be at the top and then have to start all over again from the bottom. I'm very spiritual. I just had faith that everything happens for a reason. I felt it was my job to do what I had to do on my end to make my return."

"I think it shows teams that I have a lot of mental capacity to overcome adversity like that. I think it also shows that I'm one of the more mature corners as well being one of the older ones yes but everything that I went through to overcome that it takes some grit, fortitude, a lot of willpower. I think when you look at me, you look at what I've overcame, you can say that's a strong individual overall."

The injuries and lack of game film is a big reason why Gilbert is listed as a draft sleeper but he made sure during his pro day teams would have to take notice -- running a 4.36 40.

"I'm back man," he said. "I firmly believe that I'm the top corner in this draft. I've been labeled as a sleeper in the draft now but whatever program I'm with I always say that the best will rise to the top. I just hope that my Pro Day showed what I've been trying to exploit all along, that I'm healthy. That I'm 100%. I do have a lack of film but everybody knows what a healthy Mark Gilbert can do."