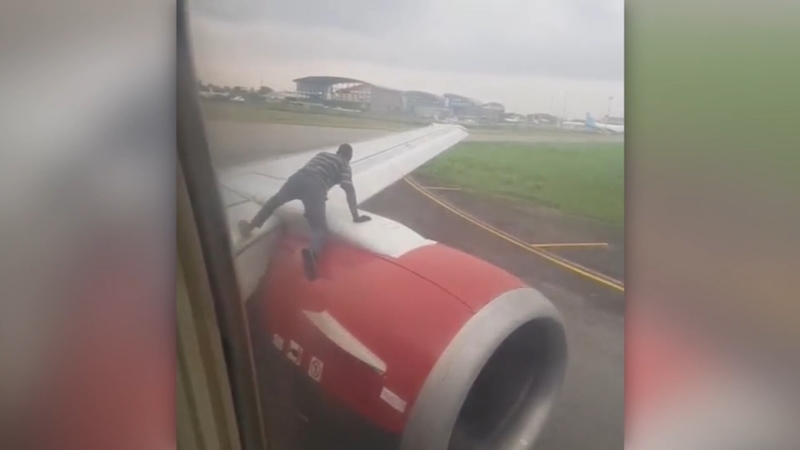 A man climbed onto the wing of a plane as it prepared for takeoff creating panic among passengers.

It happened on an Azman Air flight at Nigeria's busiest airport in the city of Lagos.

According to the airline, the man jumped onto a wing of the plane and tried to access the cabin.

The pilot spotted the man and turned off the plane's engine.

Video taken by a passenger shows the man moving around the wing of the plane as frightened passengers called on the crew to open the exit doors.

The man was eventually arrested.

It was not clear how he reached the plane or what his intention was.