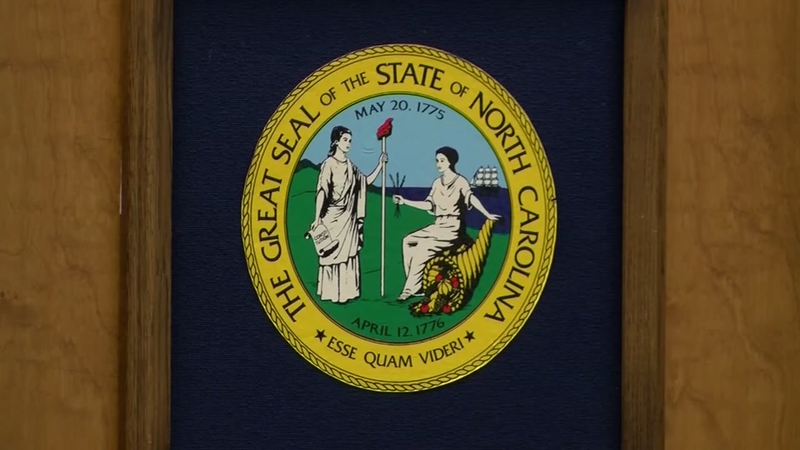 Another twist in 9th District battle

RALEIGH, N.C. -- A planned hearing digging into allegations of possible ballot fraud in the country's last undecided congressional race was scrapped Wednesday, with North Carolina's governor blaming Republicans for not backing his plan to temporarily recreate the disbanded state elections board.

Democratic Gov. Roy Cooper said he won't try to ram ahead with a Democrats-only elections board. State elections staffers then announced the Jan. 11 meeting was postponed due to the lack of a board authorized to subpoena witnesses and hold hearings.

Cooper contended he had the authority to reshape a three-Democrat, two-Republican elections board to hold the hearing into an unusually large number of unused absentee ballots and a large advantage in absentees favoring Republican Mark Harris in two of the 9th congressional district's rural counties.

The elections board was dissolved on Friday by state judges who in October declared its form unconstitutional. They ordered a return to governors appointing most members as they have done for a century. A revamped board takes effect Jan. 31.

Republicans refused to nominate GOP members for a temporary elections board to fill in until a new law creates a new one at the end of the month. Republicans threatened to sue if Cooper moved to re-establish a Democrat-led elections board in time for the hearing.

"Our unwillingness to participate in the creation of an unlawful 'interim' State Board of Elections results from a desire to ensure that any future investigation surrounding the Ninth Congressional District election is open, fair, and transparent, and not tainted by actions taken by an illegal board," state Republican Party Chairman Robin Hayes said in a statement Wednesday.

With the elections board in suspended animation, Harris attorney David Freedman said in a statement that the Republican would ask a state court on Thursday to declare him the election's victor due to inaction. Democratic leaders in the U.S. House have said they won't allow Harris to take office because of the ongoing investigation. The U.S. Constitution makes the House the judge and final arbiter of its members' election contests.

Harris narrowly led Democrat Dan McCready in unofficial vote counts, but the elections board refused to certify him as the winner amid sworn affidavits alleging that a Bladen County political operative paid by the Republican's campaign collected incomplete and unsealed ballots from voters. It's illegal for anyone other than a close relative or guardian to take a person's ballot.

"If politicians and the people they hire are manipulating the system to steal elections, all of us should pull together to get to the bottom of it and stop it," Cooper said in a statement Wednesday. "All North Carolinians deserve to have confidence in a system of voting that ensures honest and fair elections."

The elections board's professional staff continues to investigate possible voting irregularities. Harris is scheduled to meet with board investigators Thursday in Raleigh, said Josh Lawson, the top lawyer for the elections board.

Josh Malcolm, the Democratic chairman of the now-defunct elections board, said last week that Harris had turned over only about 400 pages of subpoenaed documents and had yet to produce another 140,000 documents.