WTVD
By Elaina Athans
ENFIELD, North Carolina (WTVD) -- An arrest has been made in the August quadruple murder on Fishing Creek Road in the Glenview community of Halifax County, near Enfield, North Carolina

At Simms' first appearance in court on Friday, the 25-year-old briefly cried and asked the judge to expedite his trial. Simms is being held with no bond.

The case is still under investigation, the sheriff said.

Tripp said Simms was arrested in 2015 in connection with the murder of Jarshamel Cambridge.

He was originally held with no bond in that case, but he was eventually granted bond. Simms made bail and was released in that case.

Simms was due in court in June for that case but did not appear.

A warrant was put out after his failure to appear, Tripp said, and he was arrested in September.
Report a correction or typo
Related topics:
halifax countyenfieldarrestmurderhalifax county news
Copyright © 2020 WTVD-TV. All Rights Reserved.
RELATED 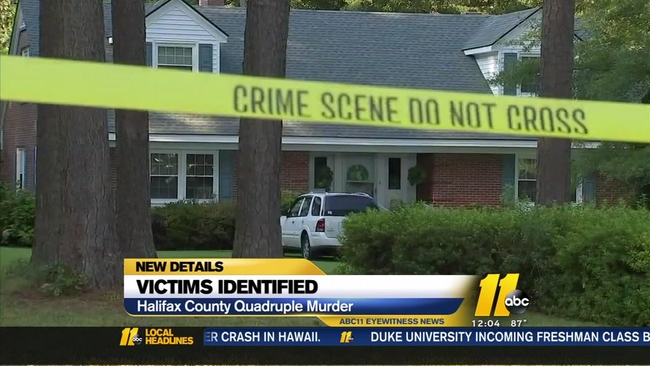 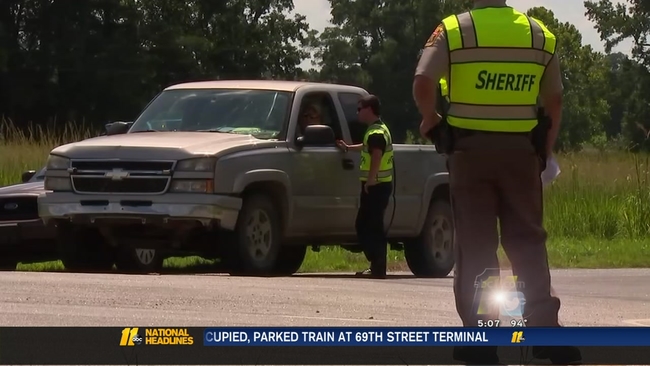