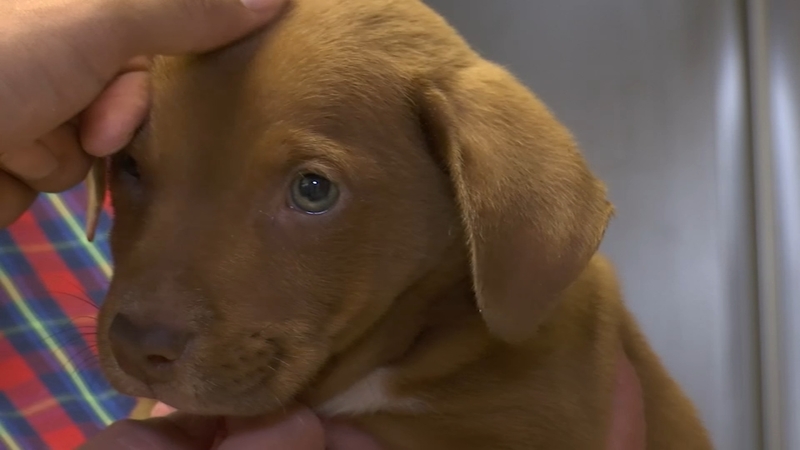 FAYETTEVILLE, N.C. (WTVD) -- In light of Delaware becoming the first no-kill state for animal shelters in the country, we spoke to the Cumberland County Animal Shelter to see how difficult it is to earn that title.

The Best Friends Animal Society, which tracks no-kill rates by state, announced the state's achievement at its annual conference in Dallas last month.

A recent study revealed that North Carolina shelters killed more cats and dogs than all but two other states last year.

"Sometimes the only thing that we can offer an animal is a humane euthanasia," CC Animal Control Director Elaine Smith said.

Smith said the title of "no-kill" is earned by those who save 90 percent of their pets.

"So 65 to 90 is a big gap, but we're working on it. And the only way you're going to fix it is with small steps and gradually trying to get there," said Smith.

For Cumberland County, their yearly animal intake is near the top of statewide lists.

"Our shelter takes in 11,000 a year, and that's the second-highest intake in the state," said Smith.

Moving that 65 percent mark to 90 percent will take a new mindset, according to Smith.

To become a no-kill shelter, officials say pet owners need to be more responsible, shelters need to have the proper funding, and adoption rates need to rise.

"People need to see their pets as something that's not disposable, that they can't just drop at the shelter," said Smith.

Animal-rights group PETA has previously chimed in on the no-kill shelters.

In an article, PETA states that dangers do lie in this kind of policy including overcrowding, pets in need being turned away, or those furry friends enduring a more painful death than euthanasia.

"We have to do what's right by the animal. We can't just cram them into every corner; we can't just turn them loose," said Smith.

The Best Friends Animal Society aims to achieve no-kill status for dogs and cats nationwide by 2025.