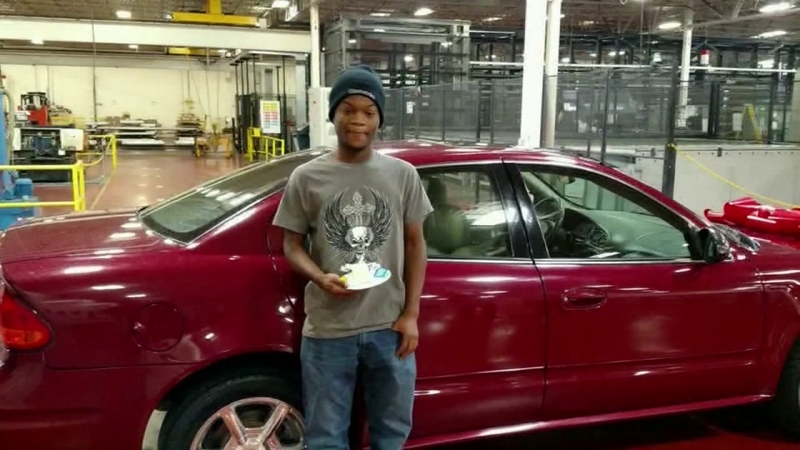 SAGINAW, Michigan -- Speechless and still in shock, a Michigan 19-year-old will never forget his birthday thanks to his co-workers.

WJRT reports that Noah Robinson, 19, works in the shipping department at Glastender in Saginaw. Last week, they pulled off a surprise that was weeks in the making.

"Like I said I was speechless about it," Robinson said.

The generosity of his co-workers is something he'll never forget.

"They're like, 'we got you something for your birthday,'" he said.

Not only is Noah dedicated to doing a good job, he's determined to make it to work.

"Six-and-a-half miles one way. Rain, sleet, shine, whatever it was, he was riding his bike and he was here on time all the time," said Dan McGrandy, engineering tech at Glastender.

In case you're wondering - it takes exactly 46 minutes. He's been making the trek since this summer.

"The only way I had to get here, you gotta get here somehow," Robinson said.

Noah now lives with his grandmother in Saginaw - after growing up with a guardian.

At age 18, he hadn't gotten his driver's license. That changed when Glastender's owner found out.

Noah had just passed his test on Thursday, when the next day he got a big surprise.

"Congratulated him on getting a license, his birthday coming up, and then talking about how us, as a Glastender family, all pitched in to get him something," McGrandy said.

Dozens of employees pitched in to buy a car for the young man doing his best to start a life.

"I couldn't say anything, I was too excited, like, 'Oh my goodness,'" Robinson said.

Noah said he truly understands what it means to have a family, and they also happen to be his co-workers.

"I've been driving it for the whole weekend and even though, every time I get ready to step foot in the car, I'm like, 'I can't believe this is happening,'" he said.