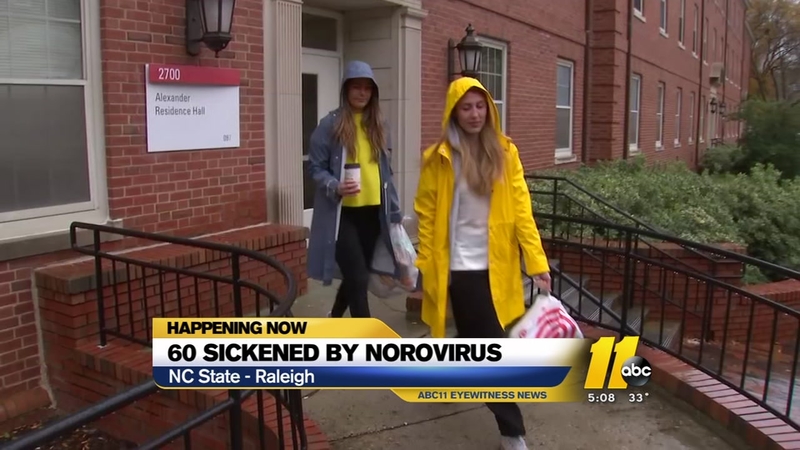 Students said the outbreak came as a shock.

"Everyone got sick within like I think it was five hours," said Swedish exchange student Astri Suncstroem. "It was one night, everyone all at the same time. It was really, really bad, like an apocalypse."

"It was very intense within a few hours," added exchange student Linda Astrom. "So, I've never been through anything like that. There were people occupying all of the bathrooms, and it was really strange."

Norovirus is a very contagious virus that causes stomach pain, nausea, and diarrhea.

One student said the outbreak may have stated during a recent banquet.

"We had a banquet on Sunday so they're looking into that, like whether it's the food from that but it's still not confirmed," said student Joshua Wallace. "I was like freaking out like, 'I'm trying not to get this; I have an exam tomorrow.' So, I'm like spraying down the room like washing everything down."

But his efforts weren't enough.

Officials said most of the affected students live in Alexander Hall; however, additional cases have been reported on and off campus.

Those who attend NC State, who are exhibiting symptoms, should visit Student Health Services or their doctor.