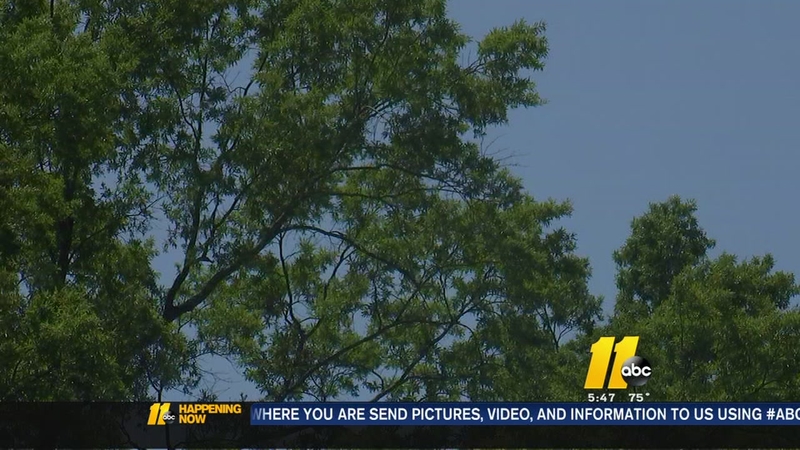 The ALA uses data collected from the Air Quality Index and the EPA to rank counties and cities across the country. And though this ranking is Raleigh's best ever, many clean air advocates say it's not good enough.

Melissa Forde, the area director of the American Lung Association, says there is still more progress to be made.

"As an asthmatic and someone who has a toddler, this is something I am always monitoring," she said. "I don't want to go outside or take my child outside to play on a day that has anything but a code green."

In 2013 the Environmental Protection Agency released a report showing that ozone pollution can cause major health issues to those exposed. The effects include respiratory, nervous system, and cardiovascular issues, and even early death.

Despite these concerns, North Carolina officials insist there is no need to worry.

"We believe the air quality here is very good and it's the best it's been in decades," said Tom Mather, spokesperson for the North Carolina Department of Air Quality.

"That required the state's biggest power plants to cut their emissions by about three-quarters," Mather said. "They have actually exceeded those limits or cutbacks."

In fact, Mather says they have cut down by 80 or 90 percent over the last fifteen years.

But despite the progress North Carolina has made, Forde says it's not enough.

"We went from a grade F to a grade D so that is a good thing, I'm not trying to downplay that," she said. "However, you never want to bring home an F or a D from school, so same thing here. We still have a lot of work to do."

Mather argues that the ALA uses much stricter guidelines that the EPA when creating the report, which he says, can be misleading. Clean air advocates say it's important to use the strictest guidelines possible, for our health.

"We all breathe air and I think a lot of people go outside and do it and it just becomes so natural that we don't think about it but it's something we need to start thinking more about," she said. She along with other leaders at the Lung Association are encouraging us to reduce our carbon footprint and make a plea to local leaders. "Go ahead and write those letters and talk about your personal experiences and talk about your children," she said. "Talk about if you are an asthmatic, and really push those efforts to have those changes be in place."