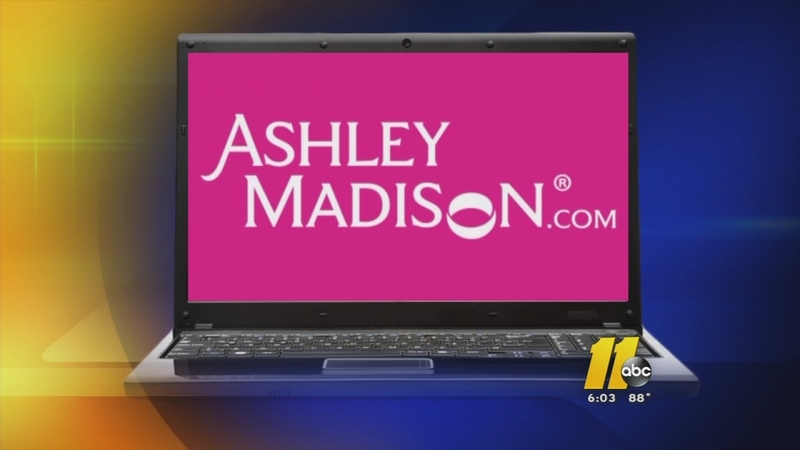 RALEIGH (WTVD) -- The count is over a hundred. More than a hundred email addresses associated with North Carolina state agencies, local governments, and school systems have been linked to the Ashley Madison website scandal.

The adultery website was hacked and thousands of otherwise private emails were released into cyberspace - those North Carolina government emails among them.

"I worry that people will concentrate on the salacious nature of it," said Francis De Luca, president of the conservative Raleigh think-tank, the Civitas Institute. "But really it's a very important point. What you have is government employees using government resources to access sites they should not be on during work time or using work resources. If somebody is misusing our computers, it's my business to take care of it. But if someone is misusing government resources then it's everybody's concern."

De Luca said it goes well beyond the salacious and beyond government workers wasting time on the job.

"By accessing those site from government networks," De Luca said, "you're putting those networks at risk for things like viruses, spam, and malware. That's how hackings happen. That's how data is downloaded from people's computers. If it's someone at the Department of Revenue and they're accessing that site and they have our tax returns, someone could access our tax returns on that site."

And then there were the school system employees.

There were more than 45 school system emails on the list and there are, almost certainly, more to be found. The hacked list includes more than 10,000 government emails and searching through them can be tedious.

De Luca offered perspective. "Maybe things are better than we think. Because you would normally say, 'if it's really bad, we'd have a lot more than that.'"

Some of the government groups on the list have been more proactive than others in reacting to the data leak. Moore County has begun an investigation and the Department of Public Safety is conducting a review. Other agencies say the scandal will prompt them to revisit their on-line policies. One agency communications director told ABC11, it's indicative of a much bigger problem.

"The remedy is they need to have tighter controls on their systems," said De Luca. "That site should have been blocked."