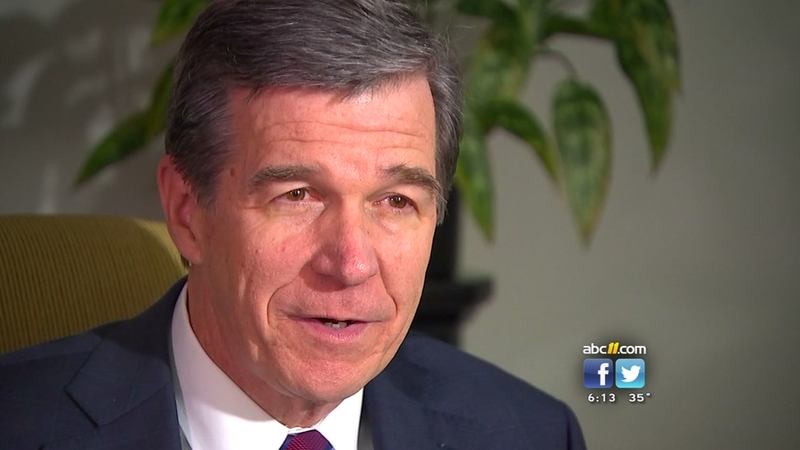 RALEIGH (WTVD) -- Democrats in the legislature are preparing for a fight next week, when they return to Raleigh for a special session focused on Hurricane Matthew recovery efforts.

They are fearful Republicans could try to appoint two new justices to the North Carolina Supreme Court and tip the balance toward the GOP.

Republican leaders are reportedly considering taking the action, after a conservative incumbent lost his seat on the state Supreme Court.

Governor-elect Roy Cooper told ABC11 that he is frustrated by the idea.

"This is a bad idea and it takes away the power of the people," Cooper said. "I told Governor McCrory it is a bad idea, and he should veto any such legislation and I think it's wrong."

"He said he hadn't seen any reason why that should be done at this point," Cooper told Daniels.

"I think we should just concentrate on hurricane relief and wildfires, and we certainly do need to make sure we don't get into that kind of mischief," Cooper said.

Cooper is trying to manage this pending controversy and hire people for his administration, just days after Gov. Pat McCrory conceded the election.

"It is the honor of my life to serve as North Carolina's 75th governor," Cooper said. "The people hired me to do this job. I promise to wake up every morning, thinking about what I can do for them. I am so excited to get started."