Don't look now, but a new 'bathroom bill' is in the works 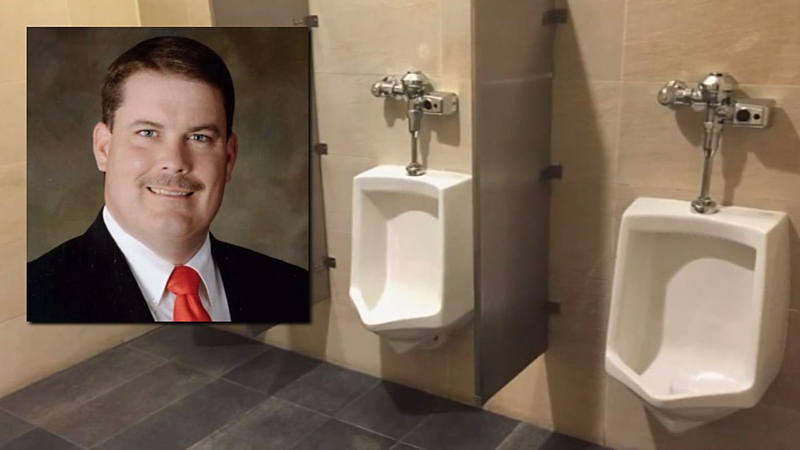 Another bathroom bill in the General Assembly

RALEIGH, North Carolina (WTVD) -- There were plenty of people on either side of the House Bill 2 debate unhappy with the compromise signed into law last week. But perhaps no one could have predicted the fight would resume so quickly.

A brand new "bathroom bill" is being proposed by Republicans in the North Carolina State House and Senate.

Just four days after the contentiously crafted compromise that replaced HB2, enter Tabor City Republican State Rep. Brenden Jones' HB562. The bill could make it tougher for transgender people to use public bathrooms by imposing harsher penalties for "trespassing" in restrooms -- making it a Class 1 misdemeanor punishable up to 120 days in jail.

"We don't know if this bill is going to go anywhere or not. It just seems like a very transparent attempt to target transgender people in North Carolina," said Ames Simmons, transgender policy director for LGBT advocacy group Equality NC.

Rep. Jones did not return calls or emails from ABC11 on Wednesday night. But in a recent Facebook post, Jones restated his unwillingness to allow men and women to share public restrooms and changing facilities.

Jones, who voted in favor of the HB2 replacement bill wrote, "(it) clearly states that radical city councils like Charlotte and other government entities CANNOT regulate access of multiple occupancy restrooms, showers, or changing facilities. Only the NC General Assembly may enact bathroom ordinances."

Simmons said he was infuriated by the bill filed Tuesday, but not surprised.

"Honestly the way the repeal bill was designed, it clearly opens the door for the NCGA to come in and pass this kind of transphobic legislation like we're seeing here," Simmons said.

However, the only path for winning Republican support for the HB2 replacement was a temporary ban on local non-discrimination rules and provisions giving the state the sole right to regulate use of public facilities.

"That's the nature of compromise. No one gets everything they want," said Senate Pro-Tem Phil Berger, the chamber's top Republican, in the moments after the HB2 compromise passed.

"It can't be that trans people simply entering a bathroom is a crime," Simmons countered.

Republicans submitted a nearly identical version of Jones' bill in the Senate. But so far, there is no indication of whether lawmakers have the appetite for what could become another HB2 level controversy in North Carolina.