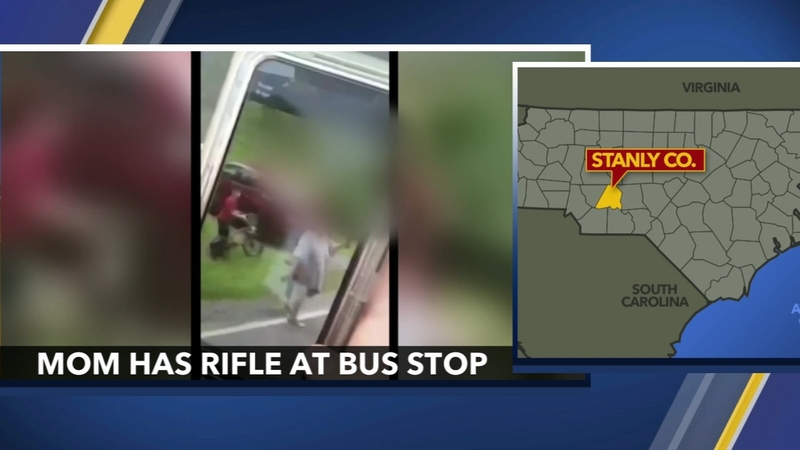 STANLY COUNTY, N.C. - (WTVD) -- A Stanly County mother seen holding a rifle at a school bus stop says she wasn't trying to harm or intimidate anyone, according to WSOC.

The woman's 11-year-old son, a North Stanly Middle School student, texted her saying he was being bullied on the bus.

Prior to the bus arriving, the woman said she grabbed a rifle after seeing coyotes coming out of the woods near her home.

"If they were here they would have seen coyotes on my property," the woman told WSOC. "I was scaring coyotes off. When I was coming back up to my house is when the bus pulled up."

The mother did not want to give her name or show her face on camera.