Not forgotten: 13 years ago, Bragg soldier died, memory lives on 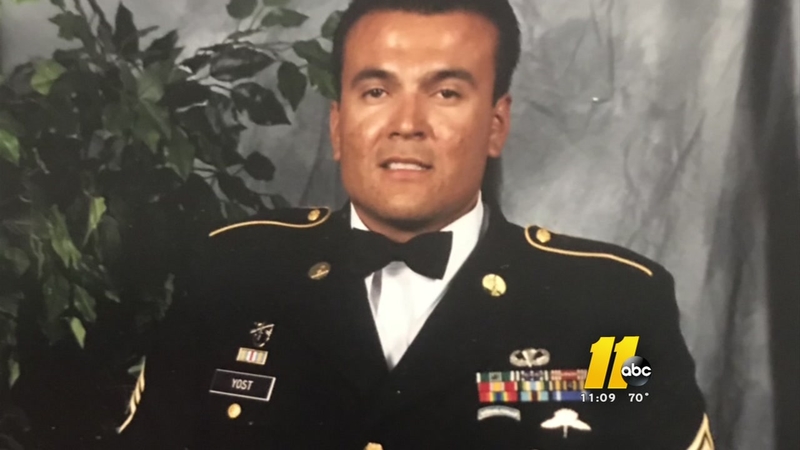 The widow of a fallen Fort Bragg soldier shared her story with ABC11 on Memorial Day. It's been 13 years since Master Sgt. Anthony Ray Charles Yost was killed in action.

Joann Yost still smiles at the thought of her late husband, Anthony. She took ABC11 on a trip down memory lane while sitting in her living room.

"I never really worried because he was so big. Just larger than life. I thought, 'I don't have anything to worry about. They'll see him and run,'" she said.

She carries memories of him with her every day. Yost still remembers how she felt watching him board the bus for the last day as he headed to Iraq.

"I remember putting my arms around another one of the wives saying it's OK, but I remember thinking I don't know if it is or not," Yost said.

Five months after Special Forces soldier Yost left for Iraq, he was killed in action. He was just 39 years old.

"I didn't get to say goodbye the way I wanted to," Joann Yost said.

She honors his memory by wearing the Special Forces crest necklace he bought her while they were dating. Their son, AJ, keeps his father's personalized flag and medal display case in his room. He wishes dad was around to see him grow up.

The family remains dedicated to keeping his memory alive always and forever.

"The word hero doesn't begin to describe him to me. He's a lot more than that," Joann Yost said.
Report a correction or typo
Related topics:
fort braggcumberland countyfort braggfamilymemorial daysoldier killed
Copyright © 2021 WTVD-TV. All Rights Reserved.
TOP STORIES
CDC reverses course on indoor masks in some parts of US
Simone Biles withdraws from all-around competition at Summer Games
Man convicted of killing NJ woman who mistook his car for Uber
Some Wake parents OK with masks as long as kids can be in class
Why this Haitian restaurant relocated from Brooklyn to Edgecombe Co.
LATEST: Cooper to 'review changes to CDC guidance'
Show More
800K COVID-19 vaccine doses in NC could expire by end of August
As COVID-19 cases surge, nervous parents prepare for school year
1 dead in movie theater shooting during showing of 'The Forever Purge'
Mental health experts applaud Biles' tough decision at Tokyo Games
495 new hepatitis A cases reported in NC this year
More TOP STORIES News