Nurse adopts girl 8 years after caring for her as infant 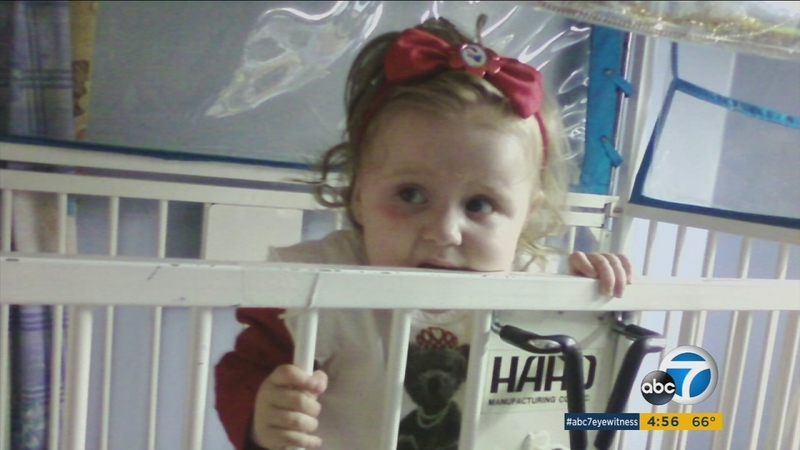 YUCAIPA, California -- Sophia, 8, who lives in Yucaipa, California, with her legal guardians Mary Ann and Steve Wells, is a lot like other kids her age. She plays with toys, sketches artwork, and goes to school every day.

But this weekend, something is happening to her that doesn't happen to most children.

"I'm getting adopted by nana and papa," shouted the excited and very precocious child.

Mary Ann and Steve Wells are in their sixties. They thought retirement was going to be all about vacations and relaxation. But now they're in raising an 8-year-old.

"When you look into her eyes, to know we're adopting her, all that stuff isn't important at all," said Steve.

But when asked to describe the adoption process, Mary Ann laughed. "Challenging," she said.

Their story began eight years ago. Mary Ann worked as a nurse at Loma Linda Children's Hospital, when she met a two-and-a-half week old child, who was in the hospital with a birth defect called Gastroschisis.

"Her intestines were born on the outside of her abdomen," she said. The birth defect required surgery, and Sophia spent 11 months in the hospital, most of the time in isolation.

"I would sing to her, hold her, cuddle her," she explained. "So, that was probably it more than anything, the amount of time I spent with her."

Mary Ann said the child's father was completely out of the picture and the mother was quite often not present.

"If a surgery occurred, you expect a parent to be there non-stop, or at least at the baby's bedside," she said. "And that's what wasn't there. When it was determined by the medical staff that there was excessive medical noncompliance, that's when CPS got involved in the case."

And that's when the couple considered adoption. Now, three years later, and after spending more than $100,000 in legal costs, the adoption is almost complete.

How excited is Sophia? "Super-duper, ultra-mega," she exclaimed.

Sophia is one of 52 children scheduled to have their adoptions finalized on Saturday, Nov. 4. That's when her last name will officially become Wells. Sophia has decided that her middle name will be Genesis.

"If you want to make the difference in the life of a child; if you want to give them hope," said Mary Ann Wells. "It's a commitment, but wow! To have a child look at you and say, 'Nana, you're my hero,' what else could you ever ask for?"
Report a correction or typo
Related topics:
family & parentingcaliforniaadoption
Copyright © 2022 KABC Television, LLC. All rights reserved.
TOP STORIES
NC Primary Election: What to know before you vote
Police looking for Johnston County man in Fayetteville double homicide
Inmate caught after escaping Orange County prison in Hillsborough
Highly anticipated public hearing on UFOs
President Biden to meet with families of Buffalo shooting victims
Shaw University rolls out plan to redevelop downtown Raleigh campus
Raleigh Fire, Police warn of looming problems without major pay raises
Show More
Baby giraffe fitted with orthotic at San Diego Zoo Safari Park
Baby formula maker Abbott says agreement reached to reopen plant
Musk: Doubt about spam accounts could scuttle Twitter deal
Cumberland County mom on mission to help other moms with infant needs
What we know about the victims of the Buffalo shooting
More TOP STORIES News