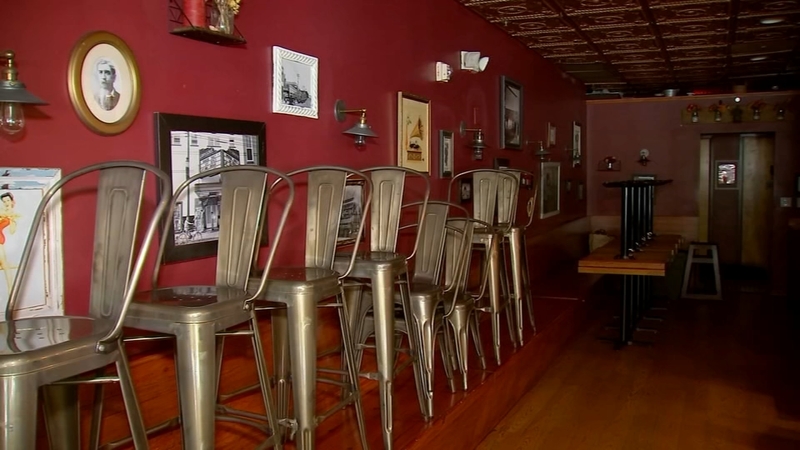 RALEIGH (WTVD) -- One Raleigh restaurant is hitting the pause button on its operation as it continues to struggle from the COVID-19 pandemic.

He has decided to close for six weeks to reassess the pandemic and give his employees the opportunity to get unemployment benefits. He's also hopeful more businesses in Downtown Raleigh will have opened their doors by then.

"The employees as well as the businesses are really going to be needing massive help to see everybody through," Ken said.

The city of Raleigh put $1 million into a small business grant program and got $600,000 from the corporate community to help. More than 180 of those grants have been paid out, according to Mayor Mary-Ann Baldwin.

The Downtown Raleigh Alliance (DRA) is focused on getting plywood boards down to make downtown as marketable as possible.

Bill King, executive director of the DRA, said they're trying to find creative ways to market it given the pandemic and the fact that office workers-- who contribute to a lot of the foot traffic downtown-- aren't going anywhere.

"It's been a few months now and people have had a hard time keeping up that support so we do need people to keep supporting these businesses in a safe way," King said.

The alliance is hiring more downtown ambassadors to patrol the streets to ensure people are following public health guidelines. They're also focused on helping restaurants expand their capacity with outdoor dining in addition to putting up public art downtown to ensure people know it's safe to come back downtown.

Lauck came out the night protests turned violent in Raleigh to guard his store. He's been at his cafe for 14 years and is surviving as well because Red Hat, his landlord, significantly cut his rent.

"It's important to talk about business because it's a livelihood for so many people," he said. "But I really feel it's a bad place to be complaining about anything: about not making money. I'm not saying it's the wrong thing to do but I have so many mixed emotions about it."