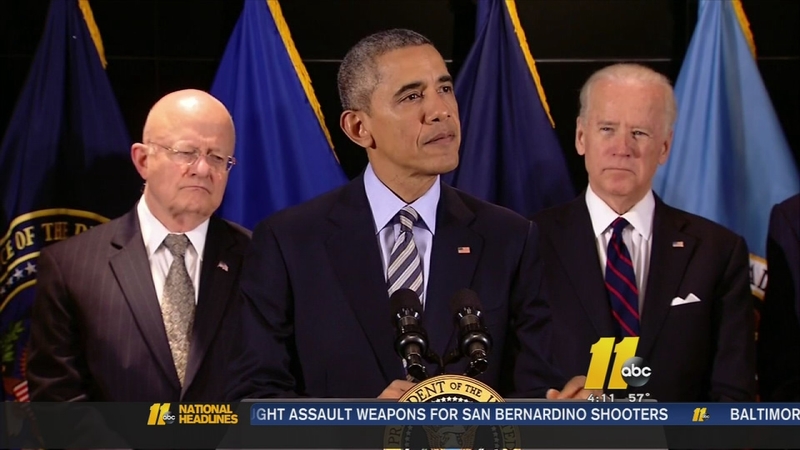 Pres. Obama reassures Americans there is no credible threat of terror: https://t.co/1O7dXzR65G pic.twitter.com/H895L9umVk

Obama made the comment during a visit at the National Counterterrorism Center in Virginia, where he got a briefing Thursday.

The president is trying to reassure Americans that the government is doing all it can to protect them. Obama also says the country must be vigilant during the holidays.

Obama says the types of threats have evolved, and that people acting on their own and in small groups are harder to detect. He's pointing to the shooting in San Bernardino, California as an example.

Pres. Obama: "If you target Americans you will have no safe haven. We will find you and we will defend our nation." pic.twitter.com/xSGGdZ2PK2