WTVD
By Jonah Kaplan and The Associated Press 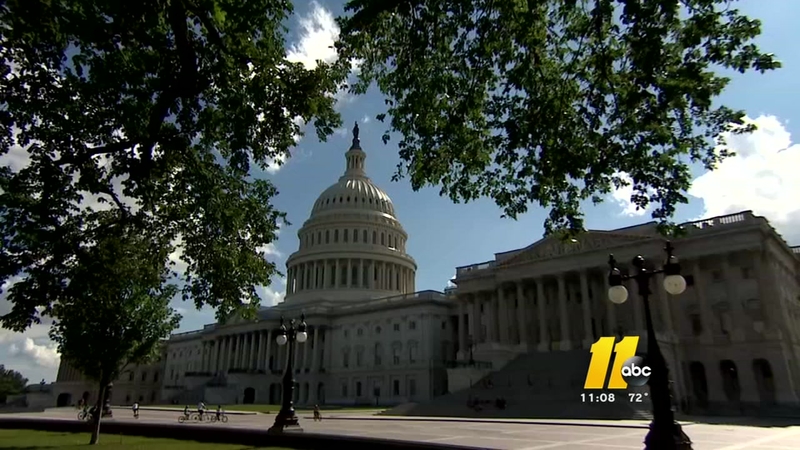 President Donald Trump declared Tuesday that it's time to "let Obamacare fail" after Republican leaders could not rally support in the Senate to get enough votes to abolish a law the party has vowed to take down for years.

In a head-spinning series of developments, rank-and-file Republican Senators turned on Sen. Mitch McConnell and Trump for the third time in a row, denying the votes to move forward with a plan for a straight-up repeal of "Obamacare."

This time, it was three GOP women - Susan Collins of Maine, Lisa Murkowski of Alaska, and Shelley Moore Capito of West Virginia - who delivered the death blow.

All had been shut out of McConnell's initial all-male working group on health care.

Obama signed the Patient Protection and Affordable Care Act on March 3, 2010, ushering in sweeping changes to rules and regulations governing the health care industry. Among the elements: the individual mandate requiring every American to purchase a policy, forbidding insurance companies to deny coverage based on pre-existing conditions, and allowing young adults to remain on their parents' plans until age 26.

Seven years later, the ACA has undeniably led to more Americans covered by health insurance. According to the Department of Health and Human Services, more than 12 million people, including 549,158 North Carolinians, bought insurance policies through the HealthCare.gov marketplace.

A repeal of the law would threaten those policies, but it would also erase the financial burden levied on small businesses and individuals still struggling to afford health care.

According to the IRS, as many as 8 million Americans are choosing to pay a tax of at least $695 per adult ($2,035 per family) instead of purchasing policies.

White House press secretary Sean Spicer said Tuesday night that all GOP senators have been invited to the White House on Wednesday for lunch to discuss the way forward on health care.

"Health care is a critically important issue that affects every single American, and I've heard countless stories from North Carolinians who have had their lives upended by Obamacare, from hardworking parents unable to afford skyrocketing premiums to insure their families to small business owners who have been forced to cut hours or even let go of employees because of the law's costly mandates," said Sen. Thom Tillis, R-NC. "I hope my colleagues will join me in supporting the motion to proceed so we can begin the process of reforming our nation's health care system"

Despite the current law's problems, most health care experts do not believe it is at immediate risk of outright failure, and Democratic cooperation to adjust the law is far from assured.

Pres. Trump to @jonkarl: "When we finally get a chance to repeal and replace, they don't take advantage of it." https://t.co/ufNgIfXW0B pic.twitter.com/mdW4tM5oO1

Nor does it appear likely that Republicans can escape owning the problems with the law and the health care system overall, now that they control the House, Senate and White House, partly on the strength of campaigning against the law.

"They seem to have this notion that they can be a majority party, and have control of the White House, and not be responsible for bringing down the health care system," said Democratic Sen. Dick Durbin of Illinois. "It doesn't work that way."

Asked how he would justify the GOP's failure on health care to voters, McConnell responded: "Well, we have a new Supreme Court justice" - suggesting inaction on health care would be forgiven because of that success along with some regulatory roll-backs.

As the day began Tuesday, McConnell was hunting for votes to open debate on a revived version of legislation Congress sent to Obama's desk in 2015 that would have repealed major portions of Obamacare, with a two-year delay built in. He had turned to that approach after getting stunned Monday night by defections by Sens. Mike Lee of Utah and Jerry Moran of Kansas on a repeal-and-replace bill.

The GOP's struggles over the latest measures came down to differences between moderates who feared the implications of a full-blown repeal, and conservatives who wanted nothing less.

Speaker Paul Ryan managed to bridge those divides in the House in May, barely passing a bill that would have eliminated the coverage mandates and tax hikes in the Affordable Care Act, while unwinding the Medicaid expansion and removing insurance coverage for millions.