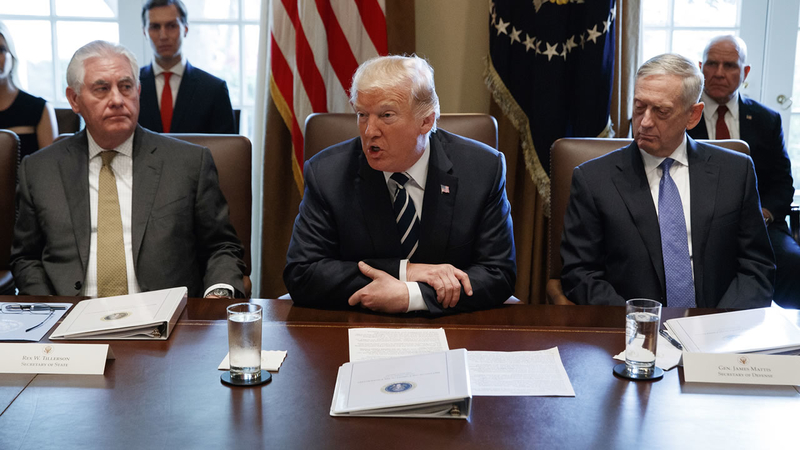 GARNER, North Carolina (WTVD) -- From her home in Garner, Mary Rider has been keeping a close eye on Washington's ongoing healthcare debate. But President Donald Trump's action last week and pronouncement Monday morning from the White House made her gasp.

"Obamacare is finished. It's dead. It's gone. It's no longer. You shouldn't even mention it, it's gone," Trump told reporters from a meeting with his Cabinet members.

"(Trump) is just not very empathetic," Rider said in reaction to the president's remarks. "He just doesn't get it that not everybody has the kind of money he has and can afford the kinds of things he has."

The president was referring to his executive order to end federal subsidies under the Affordable Care Act. They're called cost-sharing reduction payments or CSRs. It's money the federal government gives to insurance companies to make premiums cheaper for lower-income people. It's a crucial part of what makes the Affordable Care Act "affordable" for many who would otherwise go without insurance.

By cutting the CSRs, President Trump made good on a campaign promise to drive a stake through Obamacare.

According to the governor's office, North Carolina insurance companies provide more than a half-billion dollars in cost-sharing reductions to about 400,000 people here, including Rider.

She is a part-time social worker, a wife and mother of eight children in Wake County. Her younger children are covered through Medicaid, but she, her husband, and two children in college are all covered under Obamacare.

With the CSRs, Rider and her husband's healthcare premium is less than $100 a month. Without them, she worries companies will price her out of health insurance. For her, she says it would spell a return to the "bad old' days;" she and her husband went 8 years with no health coverage.

Right now, Rider is praying for a fix from Washington.

The president signaled a deal could be in the offing, "So I think we'll have a short-term fix with Republicans and Democrats getting together," Trump said. He went on to suggest a long-term fix could come by March or April.