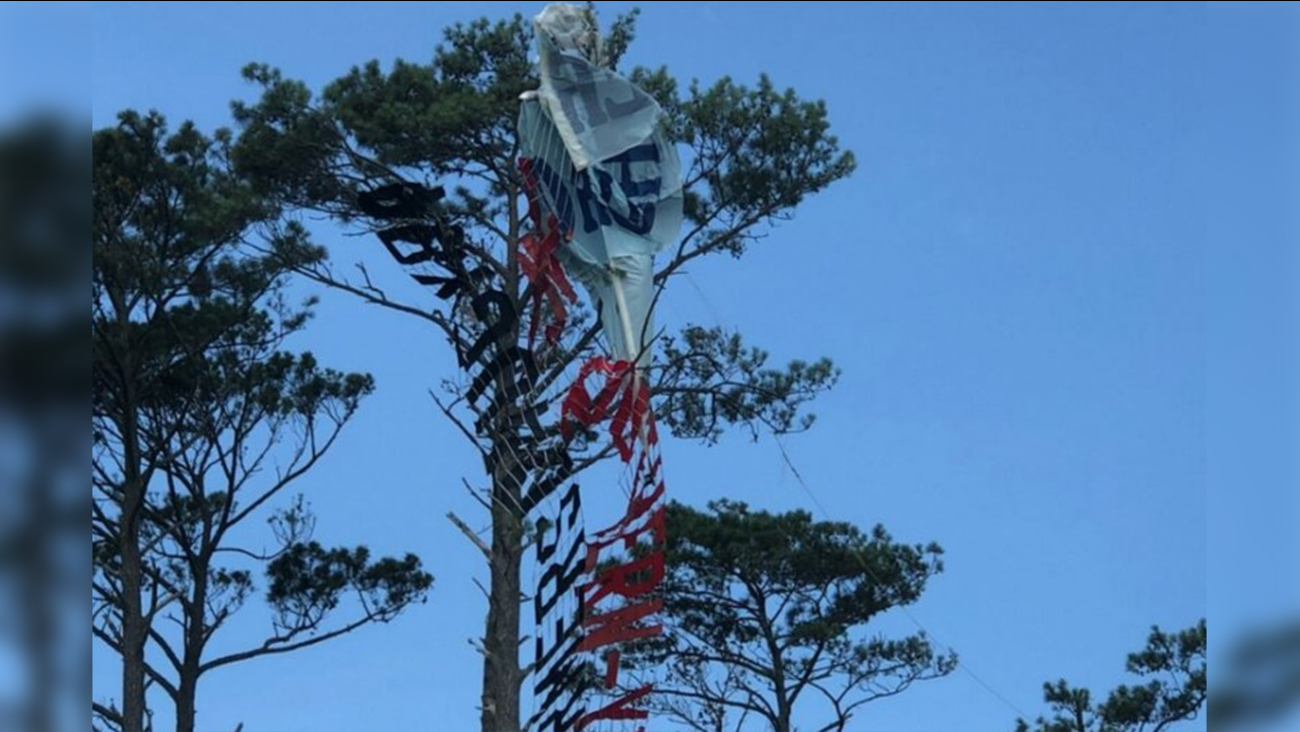 MANTEO, N.C. -- Authorities say the pilot of a single-engine plane has died after a banner it was about to tow became tangled in some trees.

The N.C. Highway Patrol told local news outlets the pilot had circled around to pick up a pull-behind banner on Wednesday, and as the plane was gaining altitude on takeoff, the banner became tangled. Sgt. Michael Baker said the crash occurred around 10:35 a.m. at Dare County Regional Airport.

According to The Outer Banks Voice, emergency personnel reached the scene in minutes, but the pilot died shortly after he was removed from the wreckage.

The pilot's identity has not been released pending notification of next of kin.