Octopus steals camera, then snaps photos of the photographer 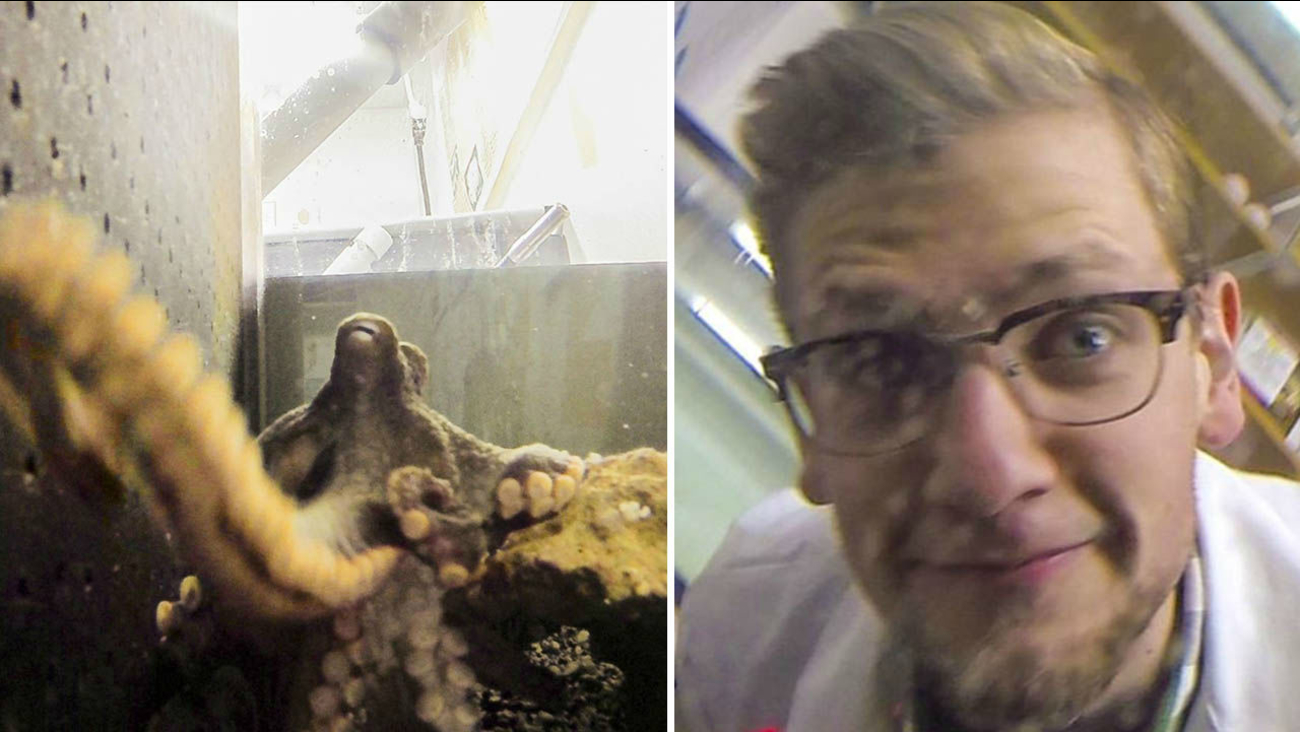 Ben Savard, right, was surprised to see his octopus subject turn the camera against him. (Ben Savard/Middlebury College)

In an amazing photo gone viral today, a man tried to take photos of an octopus when the cheeky cephalopod grabbed the camera, and took a few of him! 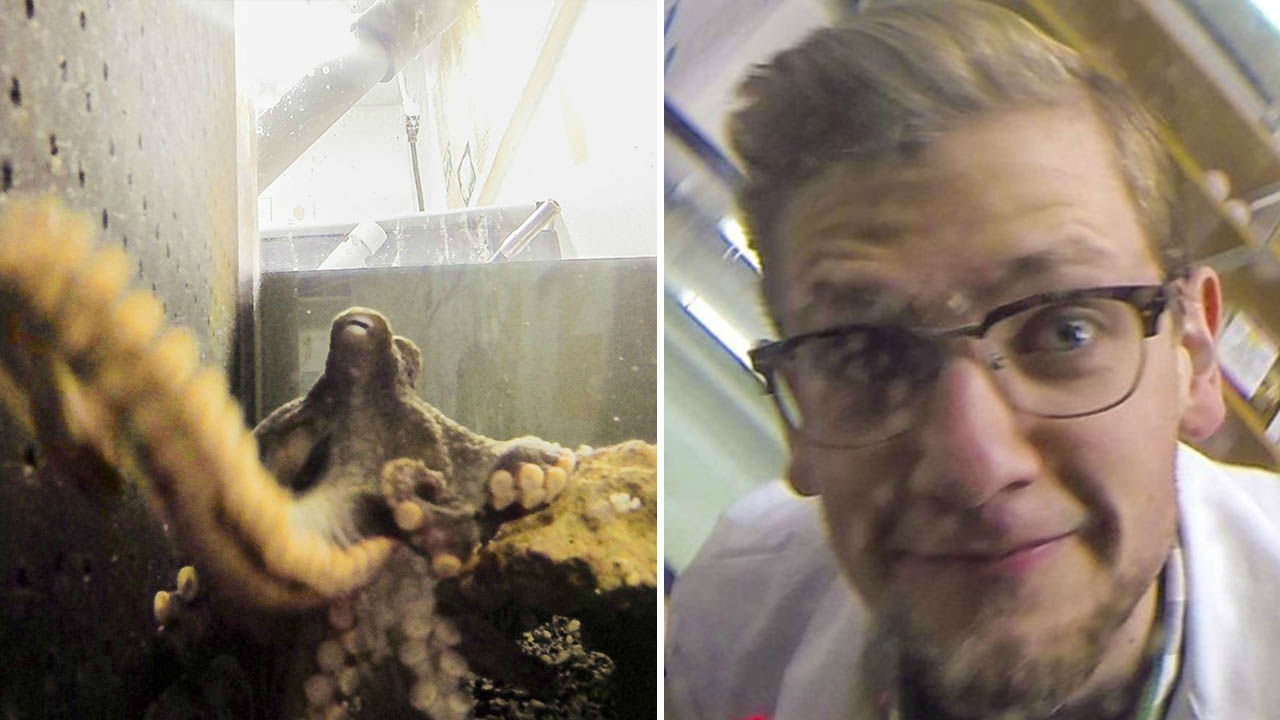 PHOTOS: Octopus steals camera, snaps photos of photographer
In an amazing photo gone viral today, a man tried to take photos of an octopus when the cheeky cephalopod grabbed the camera, and took a few of him!

The photo soared to the top of Reddit after being posted by filmmaker Ben Savard, the bespectacled man in the photo, and whom many Reddit users dubbed as a very "scientist-y looking person."

Savard told ABC that the incident happened recently while he was working for Middlebury College in Vermont, making a short film about the scientific studies going on at the school. While documenting a project in the neuroscience department, Savard asked the head student researcher -- also seen in the background -- if he could grab some underwater photos of the octopus.

"I set up a GoPro to take a bunch of still images every second, put it in the tank, and what you see is the result!" Savard told ABC. "The octopus picked up the camera, played with it for a while, turned it back at me for a quick second, and left it alone."

Though a few Reddit users asserted that the photo looked staged, Savard gave ABC the full photo series to disprove any naysayers. Later, he compiled those images into a GIF.

Savard says that the project he was documenting is "testing the extent to which octopuses can learn through observation."

And the spineless thief has clearly learned something about cameras, it seems.