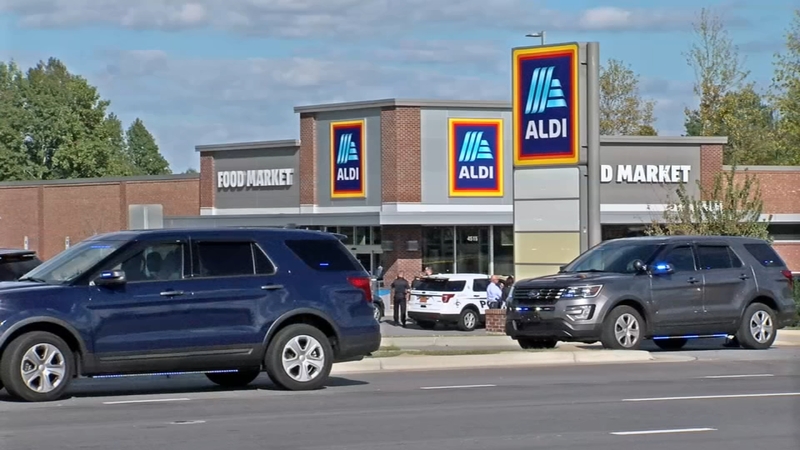 GREENVILLE, N.C. (WTVD) -- One man was killed and another person injured in an officer-involved shooting at a Greenville grocery store on Thursday afternoon.

The incident happened just after 3:30 p.m. at the Aldi at 4515 E. 10th Street. Greenville police said officers responded to a call about a man "being aggressive toward customers" in the parking lot.

On arrival, the first officer on scene approached an individual matching the suspect's description.

Police tweeted that the officer approached the parking lot and "encountered the subject with a gun."

Police said the officer shot and killed the man after he showed a gun. A bystander was struck by a bullet and was taken to a Greenville hospital with non-life threatening injuries.

The officer was not physically injured but is being evaluated

Authorities have recovered a weapon.

Police did not release the identity of those involved in the shooting.