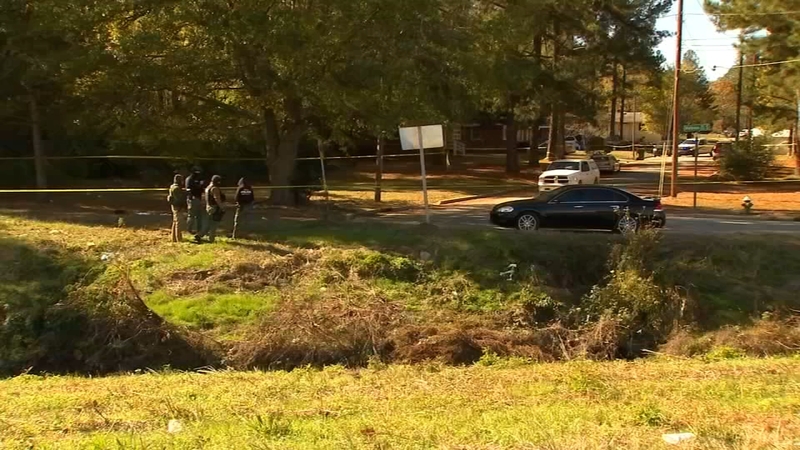 Investigation after man shot in Wilson

WILSON, N.C. (WTVD) -- An investigation is underway following an officer-involved shooting in Wilson on Wednesday morning that was recorded by a woman who didn't know she was watching one of her relatives die.

It happened after Wilson police officers were called to a report of an assault and robbery at the Wilson Senior Center on Goldsboro Street just before 8 a.m.

According to Wilson police, a person related to the incident went next door to the NCDMV office to speak to DMV License and Theft investigators.

While the investigators were looking into what happened, they were involved in a shooting in the 600 block of Jordan Street.

A DMV License & Theft officer was involved in the shooting, Steve Abbott, with the NCDOT told ABC11.

According to the North Carolina State Bureau of Investigation, one person died in the shooting.

No DMV workers or clients were injured.

A Facebook Live video gave a glimpse into how things unfolded Wednesday morning as the scene quickly shifted from the incident at the senior activity center to the shooting nearly a mile and a half away.

In a heartwrenching twist, the woman who recorded the incident on Facebook Live did not know that the man involved was her relative until the deadly episode was over.

The man who died has not been officially identified by authorities, but family members told ABC11 that he was 27-year-old Roy McAllister Jr.

"i'm sorry for the family," said Dianne Sauls. "Whether it's my kin or no kin. It's still a soul. It's somebody's child. Somebody's daddy that's gone."

McAllister was both a husband and a father to a young child.

The Wilson Police Department is investigating along with the NCDMV and the NC SBI.

The DMV officer involved, whose name has not yet been released, has been placed on administrative leave with pay, which is standard practice when an officer uses a service weapon.