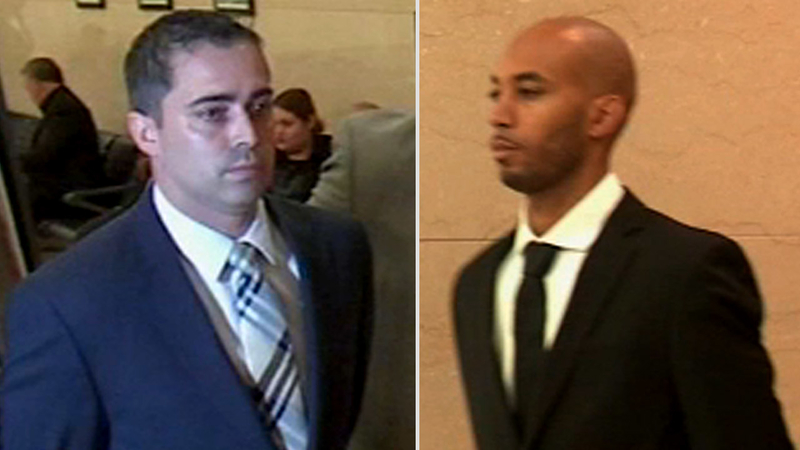 NEW YORK -- Two NYPD detectives who are facing rape charges for allegedly having sex with a teen in a police van have quit their jobs.

The NYPD announced Monday that police officers Eddie Martins and Richard Hall resigned in person at police headquarters in Manhattan. They were both formerly assigned to Brooklyn South Narcotics Division.

The 18-year-old woman told investigators two detectives forced her to commit sex acts on them in their police van during an arrest on Sept 15 for possession of marijuana and anti-anxiety drugs.

The victim's attorney has filed a notice of claim with the Comptroller's office, asking for $50 million in damages.