WTVD
RALEIGH (WTVD) -- Officials have released the cause of a helicopter crash at the State Highway Patrol training facility that injured two people. 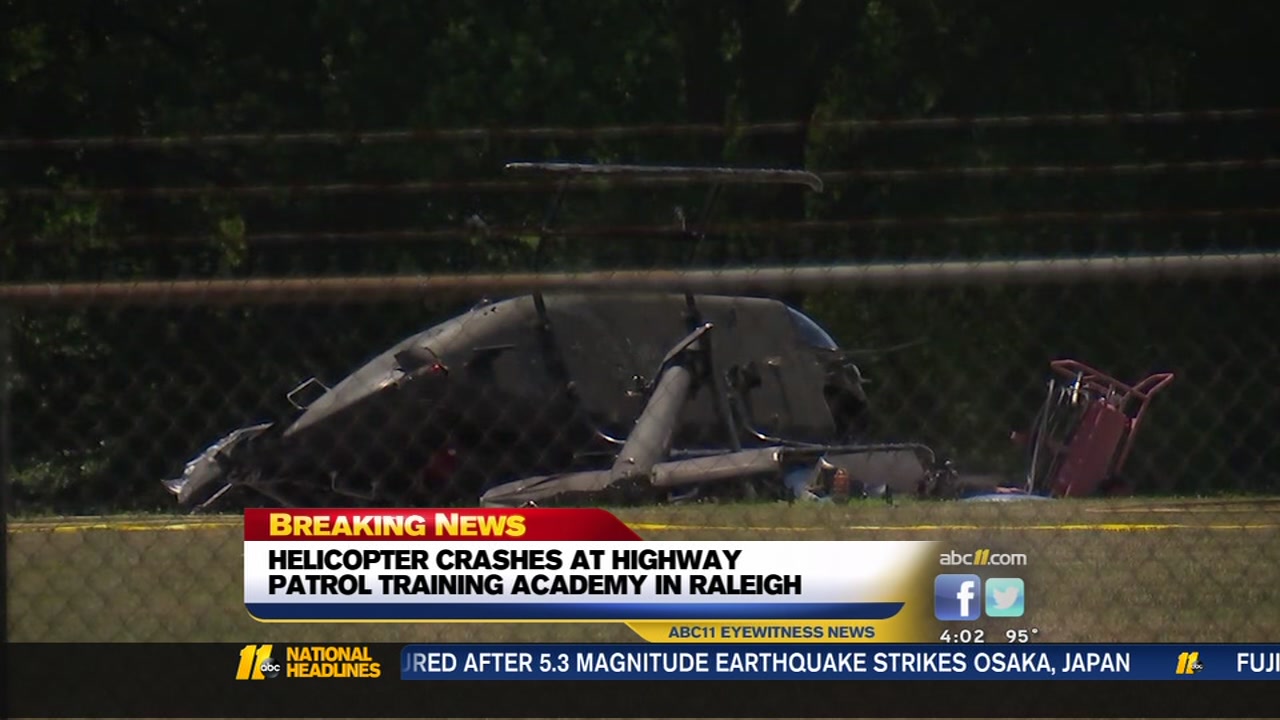 The crash happened around 2 p.m. on June 19 at the landing pad off Garner Road at E. Tryon Road.

According to the National Transportation Safety Board, pilot trooper R. M. Collie, with District 4 in Wake County, said he failed to unhook a transporter from one of the helicopter's skids.

Collie claimed he attached an electric/hydraulic transporter to move the helicopter from the hangar to the helipad.

During preflight preparations, Collie said he was unhooking the transporter clamp from the left skid when Clint Stone, the passenger seated in the left front co-pilot seat, inquired about removing the controls from the co-pilot's side of the helicopter.

After deciding to remove the controls, Collie continued with the preflight inspection but forgot to unhook the transporter from the right skid.

Subsequently, during the takeoff, the helicopter began to roll uncontrollably to the right until the main rotor blades struck the ground, causing the helicopter to fall onto its side.

Collie said the purpose of the fight was to take photographs near the Raleigh-Durham Airport.