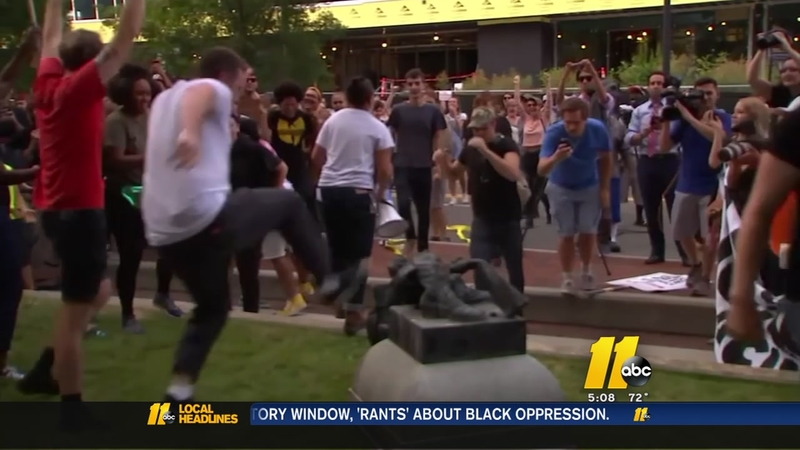 The announcement follows a long day in District Court Monday in which a judge acquitted one defendant, Raul Mauro Jimenez, and dismissed the charges against two others, Peter Gilbert and Dante Strobino, after an assistant district attorney presented all her evidence.

Durham DA to drop all charges and trials involving the toppling of a confederate statue in front of the courthouse including for a defendant who had already entered a guilty plea. #ABC11 pic.twitter.com/u5MUN1Ahnk

"Acts of vandalism, regardless of noble intent, are still a violation of law," he said.