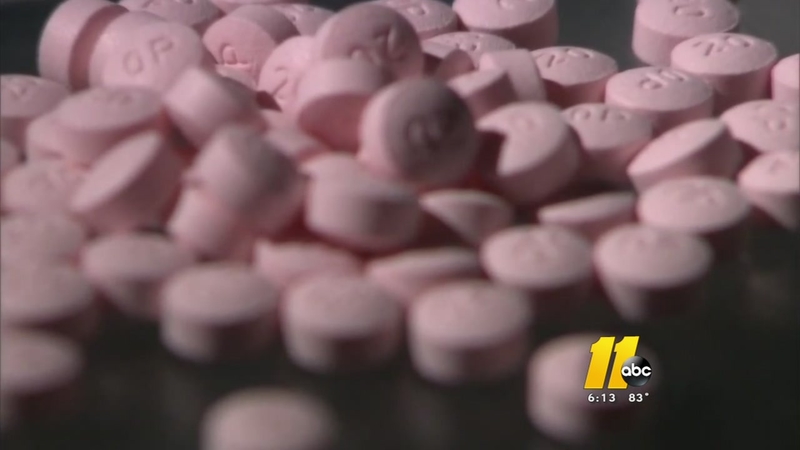 Opioid addiction is the No. 1 cause of death in North Carolina according to state health leaders.

Last year, 1,200 people in North Carolina died from the disorder a 20 percent increase.

Caleb Shelton died from an opioid overdose in 2016.

The 27-year-old college baseball player and father became addicted after a doctor prescribed the drug for shoulder pain.

Shelton's father, Steve, says his son was trapped in an addiction he did not want or could control.

"Not a single day goes by that I don't look to the sky and tell my son how much I miss him," Steve Shelton said. "This can happen to any family, anytime, anywhere.

Fabrizio says after an injury during a cheerleading practice, her doctor increased her opioids dosage over an extended period.

In college, her addiction led to buying pills off the street. In 2015, the mother of two got treatment.

"We do get better. And anybody can get better if they just get help," Fabrizio said.

During a news conference Tuesday, Fabrizio and Shelton joined the Department of Justice's fight to stop opioid abuse.

"Our investigation will determine whether the drug manufacturers and drug distributors unlawfully fueled and created this crisis, and if they did, I will hold them accountable," Stein said.

It's not clear what type of penalties these companies could face.

Stein said the opioid crisis is costing the state billions in treatment - costs that are being felt in hospital and emergency rooms as well as foster care and in the criminal justice system.

The AG office said its investigation will not add any additional costs to the state.

On Monday, the NC Department of Justice sent notices to the drug makers and distributors that they are now under investigation.

Stein said the public will be notified of what comes of the investigation and whether there will be any sanctions.