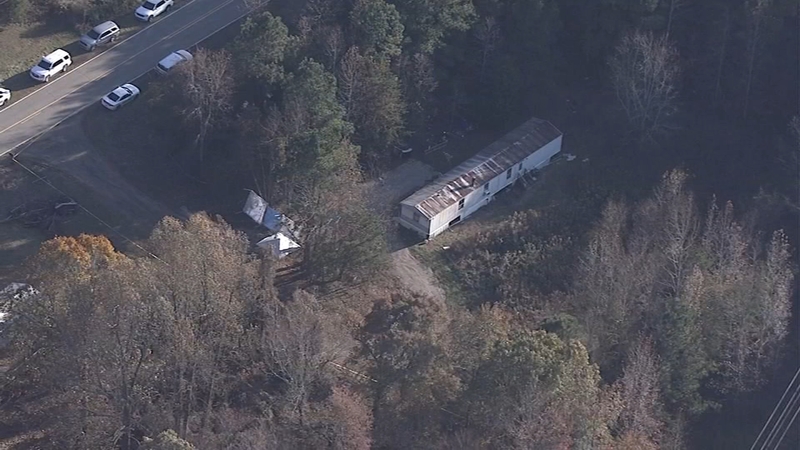 ORANGE COUNTY, N.C. (WTVD) -- A man died in a yard after being shot multiple times Wednesday morning, according to Orange County Sheriff's Office.

A nearby resident found a man lying in the yard and called 911.

Deputies with @OCNCSheriff investigating possible homicide. They have tape up and many personnel out here. One resident reported hearing gunshots out here early this morning. #abc11 pic.twitter.com/gf2GDv9HHq

"This individual is lying in his driveway with a gun at his hand and all the rounds have been fired and the rack is back-the slide is locked back which means it was fired until it was empty," said Sheriff Charles Blackwood of Orange County. "There are multiple gun shells, gun cartridges, empty shell casings around his body-he had multiple bullet entries into his body so there was an apparent gun battle."

Deputies carrying out evidence from home on Coleman loop drive. @OCNCSheriff still investigating what appears to be a homicide. #abc11 pic.twitter.com/EHG5cDlEAq