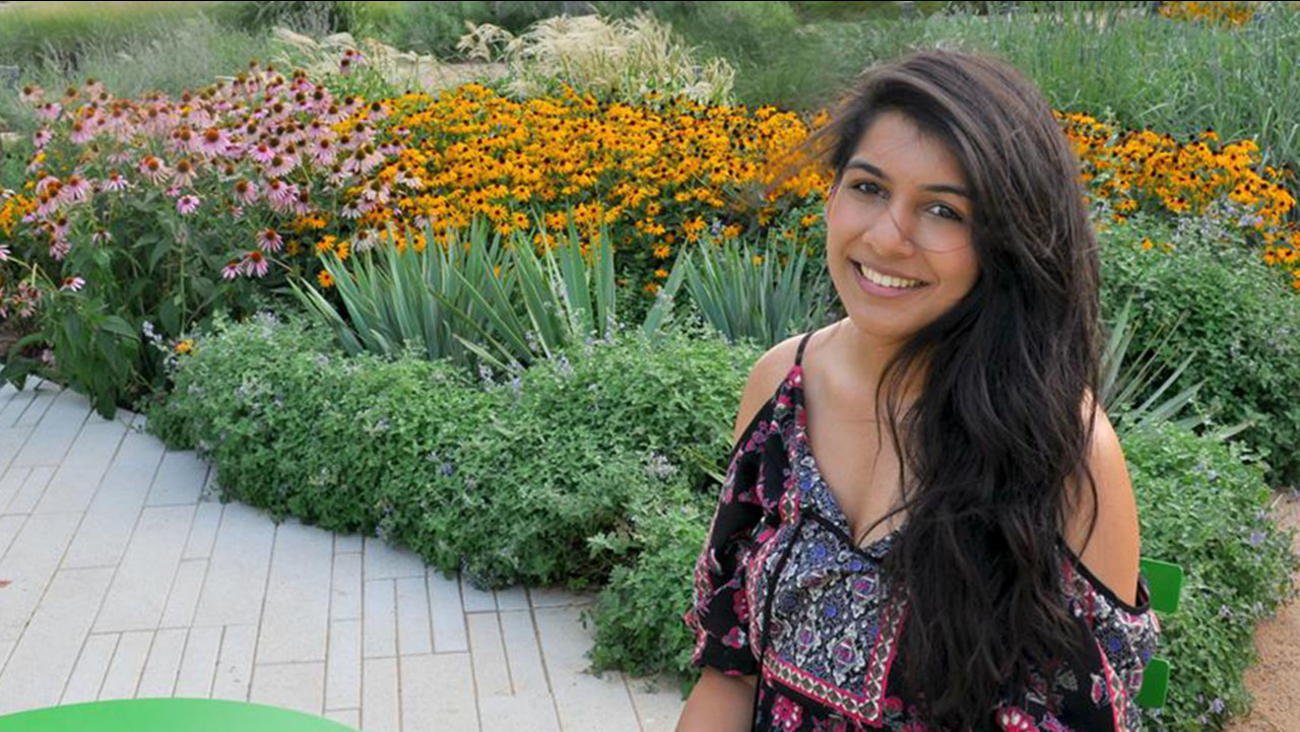 DURHAM (WTVD) -- Sarah Hakani is a third-year student at Duke University and her recent Facebook status, a message to Muslims following the deadly shooting in Orlando, has been liked and shared hundreds of times.


ABC11 spoke with Hakani to find out what inspired her post.

"And so I think that it's important to kind of break past the walls that people put up about what Muslims might be. Particularly in the last few months I heard from a lot of my black Muslims friends that often times they don't feel Muslim enough because people don't really look at Muslims as black in a very like, classic, way.

"So I think that breaking these things up is just to kind of show that Muslims are not a monolith and it's not a homogenous category. It's a category filled with people from almost every country in the world, people who identify with every single type of sexual orientation or gender orientation, people who have different types of racial backgrounds, and so on.

"And so the idea of intersectional activism here is to kind of break down the monolith of what a Muslim looks like and really make it so that every type of individual is invested in the cause of marginalization because it doesn't just affect one type of person."

Hakani said she thinks homophobia is the issue at hand that needs to be addressed.

"I think that homophobia is rampant right now in America," she said. "I think it's really important to know that this is not necessarily tied to religion, and it's a symptom of a greater homophobic society that we live in."

"Part of the post is just to show that a lot of religions have followers that are homophobic, and a lot of people who don't have a religion could probably find justifications for homophobia and this is a problem in the US today. This is not the first hate crime against the LGBTQ community," Hakani said.

LGBTQ Muslims have and always will exist—we aren’t haram and we aren’t alone #LoveWins pic.twitter.com/Vd5aLyraep

"I just wanted to point out the fact that homophobia doesn't have a religion. It is a symptom of the world that we live in and I think that it's really, really problematic and clearly problematic if it's leading to this sort of violence in the world."

Hakani said the idea of intersectional activism first struck her after she read an open letter to the Islamic community by Reza Aslan, a commentator and religious scholar, and Hasan Minhaj, a Daily Show comedian, following the Supreme Court decision that legalized same-sex marriage.

She said she wants other Muslims to stand up for the LGBTQ community because she believes standing up for any type of injustice is the Islamic thing to do.

"That's what's written in the Quran, and a lot of time people will misquote the Quran and misinterpret it, and so on and so forth.

"But one verse that comes to mind in the Quran . . . says 'Believers stand firm for God. Be witnesses for justice. Never allow the hatred of people to prevent you from being just. Be just for this is closest to righteousness.' And I think that verse does a lot to say that, like how to live."

Hakani said that while she's happy to advocate for the issues she believes in, she's felt a societal pressure to keep a low profile particularly after presidential candidate Donald Trump's comment on Islamic immigrants.

"Like I wrote in my post, it's hard for my mom when I partake in activism, even if she knew I was interviewing right now, when I tell her later, I know she's going to be like 'Oh, Sarah you didn't have to speak on that, you know? And just make sure you're being safe. Make sure you're being careful." Because once your name is out as a Muslim, especially a peaceful Muslim, you are dangerous in this society because you're showing that there is another face to Islam," she said.

"Being Muslim in a state that voted for Trump, I mean it's tough when the political agenda of his is to deport Muslims, and completely against Islam," she continued.

"And I think that just like with the climate of politics and with the climate of Islamophobia in the US, we're urged to keep a low profile and just keep our eyes from unrest and do whatever we can to just be as American as possible, and so the point of this post was to encourage Muslims to gather up that courage and speak out against issues in the name of Islam, because we're told to not do so in order to maintain our safety sometimes."