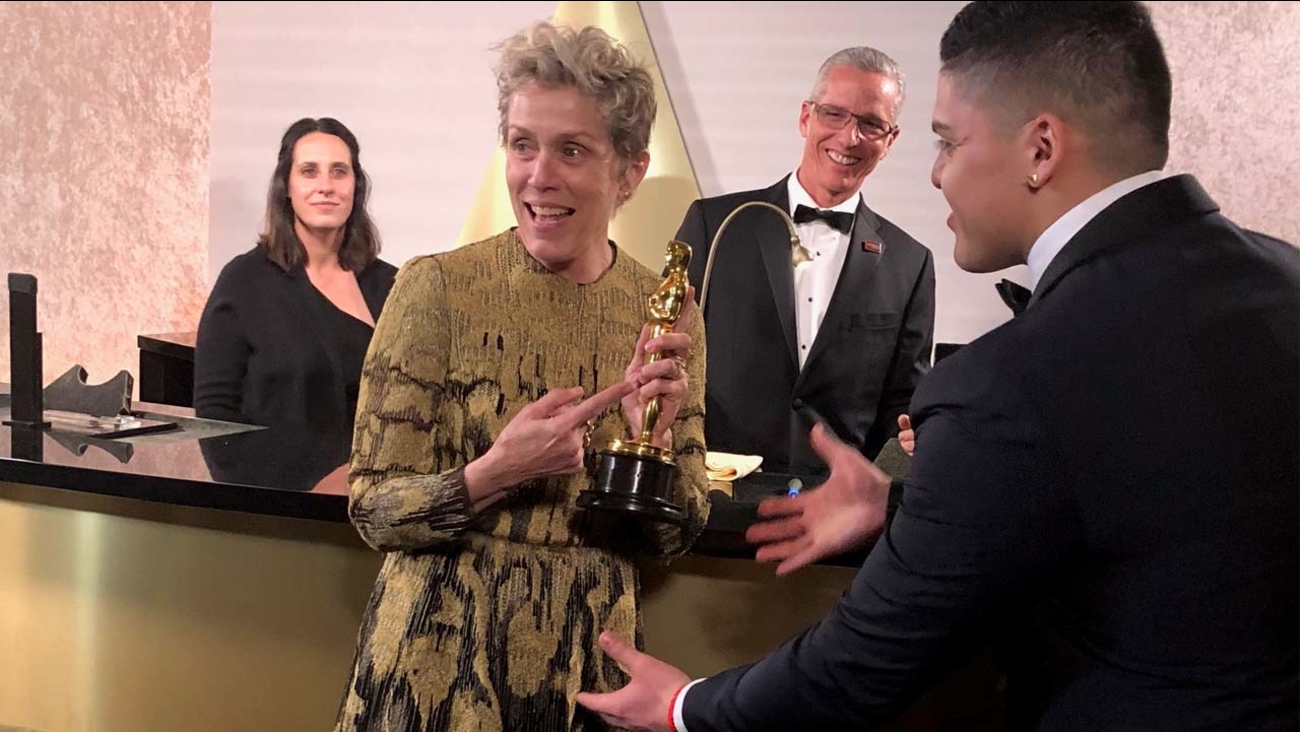 Best actress winner Frances McDormand has been reunited with her Oscar after it was stolen from her table inside the Governors Ball, the official Oscars after-party.

The "Three Billboards Outside Ebbing, Missouri" actress was spotted at the party getting her Oscar engraved. The 60-year-old star realized later that it had gone missing.

The Los Angeles Police Department confirmed to ABC News that Terry Bryant, 47, was arrested late Sunday night for the alleged crime, and booked early Monday morning. He was charged with grand theft and police set a bail of $20,000.

ABC News reached out to a rep for McDormand but didn't immediately hear back.

Her rep, however, did tell USA Today in a statement: "Fran and Oscar are happily reunited and are enjoying an In-N-Out burger together."

In a statement, the Academy of Motion Picture Arts and Sciences expressed relief that McDormand was reunited with her trophy.