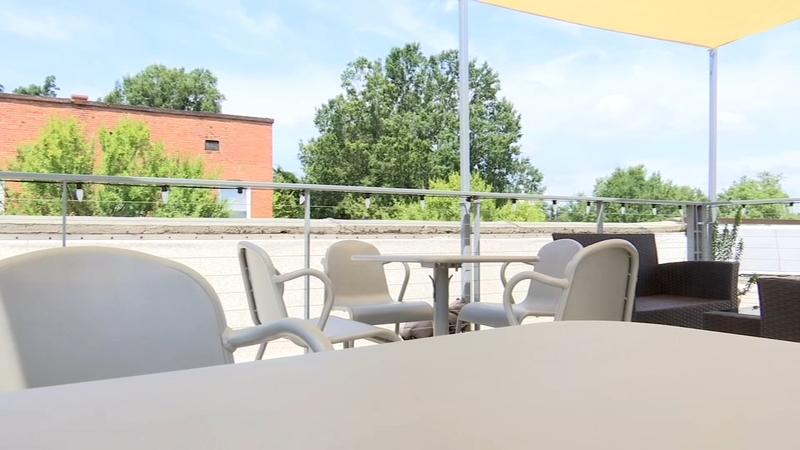 WAKE FOREST, N.C. (WTVD) -- A group of Wake Forest business owners has reached out to the town's Board of Commissioners to review an ordinance that prevents alcohol to be served on sidewalks in front of establishments.

"People in North Carolina love the outdoors, and it just allows the people to sit outside and enjoy their beverage as opposed to being indoors on some of these lovely days," said Amy Burkhardt, the owner of Unwined on White and a board member with Wake Forest Downtown, Inc.

Unwined on White, which opened last year, is the town's rooftop bar but said the extra space would be valuable.

In the letter, which was written in March and co-signed by Bill Opal, the owner of Tonic, and Nunzio Scordo, the owner of Bodega Tapas, Wine, and Rum, it states that reversing the ordinance would "bring additional vibrancy and economic vitality."

Burkhardt said her customers have asked how they can show their support to town leaders.

The letter, which was sent in March, was reviewed during the most recent Commissioners work session. While all members were not present, Greg Harrington, a town commissioner and the former police chief of Wake Forest, voiced his disapproval.

"Sidewalk space downtown is pretty limited. There's not a lot of space to walk around. And there are a bunch of families in the area that like to be able to come downtown without being subjected to people drinking," said Harrington, who also serves as a non-voting member for Wake Forest Downtown Inc.

The town makes an exception to the ordinance for Friday Night on White, but Harrington said he has already heard concerns about expanding it.

"They feel Friday night on White is bad enough. But if you're going to have it each and every day, it's a downer for them," Harrington said.

"Just the type of business we are, it's a very laid-back atmosphere. I think it's going to be a calm setting, even if it does spill out onto the sidewalk," Burkhardt noted.

Harrington also disagreed about a potential economic boost an ordinance reversal would provide.

"You'll have people that won't go because they're selling outside," said Harrington.